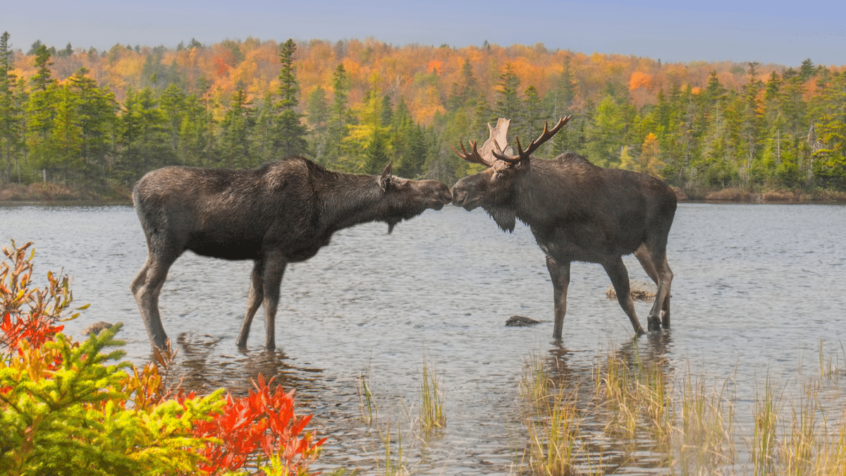 We welcome the Manitoba government’s aim to protect our imperilled moose population. A missing objective is conserving habitat.

Conservation of vast complexes of undisturbed boreal wetlands and forests needs to be top priority because if the carbon they hold is disturbed and released into the atmosphere, it would accelerate climate change. These complexes are also critical as natural flood mitigation infrastructure necessary for adapting to the impacts of a changing climate.

Robert Serrouya is correct in his assertion that killing wolves to save caribou is a band-aid solution and we need to deal with the cause.

Though it is concerning that the recent throne speech excludes commitments to advance the needle on protecting our valuable ecosystems, I am pleased it includes a provincial commitment to develop comprehensive co-management strategies to secure the long-term sustainability of our wildlife populations. Ultimately, the success of efforts to safeguard and recover wildlife will require the province to conserve adequate suitable habitat for the species with which we share the landscape.

First nominated for protection by Kinonjeoshtegon First Nation, Kinwow and Sturgeon Bay Provincial Parks were officially established along the shores of Lake Winnipeg in 2015. CPAWS supported this effort by facilitating hundreds of letters to the province calling for park designation. Manitoba Sustainable Development has drafted management plans for these protected areas and wants your input before November 19, 2016.

Reported declines in the moose population have prompted the Canadian Parks & Wilderness Society (CPAWS) to seek answers from experts and the public in the hope of preventing the species from becoming threatened like its relative the woodland caribou.

The Kinwow and Sturgeon Bay park reserves have been in interim protection since 2001. Nominated for protection by Kinonjeoshtegon First Nation, the Manitoba government is asking us if we want these areas to be permanently protected from industrial developments by designating them as wilderness-class provincial parks.

In recent news (throughout Manitoba) announcements have been released concerning declining moose populations.
Following these announcements, full conservation hunting closures were put in place for Game Hunting Areas (GHA’s) 13, 13A, 14, 14A, 18, 18A, 18B, and 18C (Porcupine Provincial Forest east to Lake Winnipegosis, and Duck Mountain) where moose populations declined over 50% (Manitoba Conservation 2011). Closures through agreements reached between the provincial government, First Nation communities, hunter organizations, and interested groups and were announced July 4, 2011.
– Beausejour Review

Wolves, ticks and a deadly parasite are killing so many Manitoba moose that hunters, including those from First Nations and Métis communities, are ready to lay down their riflles. This week, Manitoba announced a ban on moose hunting near the Duck and Porcupine Mountains of western Manitoba, expanding a ban imposed in 2010 in the Swan Lake and Pelican Lake regions, west of lake Winnipegosis.

A high-tech wildlife monitoring program will be part of the environmental-licensing process for the all-season road project from PR 304 near Hollow Water to Berens River First Nation, Aboriginal and … END_OF_DOCUMENT_TOKEN_TO_BE_REPLACED

The plummeting moose population in Nopiming Provincial Park demonstrates the animals need more space if they are going to survive, the Canadian Parks and Wilderness Society said Friday.