Woodland caribou (Rangifer tarandus) are shy cousins of the European reindeer and the migratory barren ground caribou of the northern tundra. They live in the boreal forest, in particular on carbon-rich, boreal forest peatlands. At one time they were found throughout almost all of the forested regions of Canada.

Half of woodland caribou’s habitat has disappeared in the last 50 years alone due to development and the species is now largely confined to areas of northern boreal forest. As industrial development continues to sprawl northward, woodland caribou are disappearing from the boreal forests. In Manitoba, they have vanished from a significant portion of their historical range, including all of Whiteshell Provincial Park. There are about 2,500 Woodland Caribou left in the province while only 10% of their habitat is protected.

Conservation science tells us we must protect at least half of the Boreal in its natural state for it to remain fully functioning as a component of earth’s life support system.

Why are Woodland Caribou Disappearing?

Caribou Disappear: Increasing wolf numbers kill off or extirpate local populations of Woodland caribou in and around disturbed forests.

Competitors and predators move in: When a forest is disturbed, and begins to regrow, it provides plenty of food for the woodland caribou’s bigger relative: the moose. Moose thrive in new forests, and their increasing numbers eventually attract increasing numbers of their primary predator — the wolf.

Why are Caribou important?

The cold temperature and high fresh water content of boreal soils on which caribou live slows decomposition, resulting in deep, carbon-rich soils that can be thousands of years old. An acre of boreal forest can store two times the carbon of an acre of tropical forests like the Amazon. When the Boreal forest is developed or logged, its ability to absorb and store carbon is lost or reduced, and carbon is released to the atmosphere. A greenhouse gas, carbon dioxide traps heat in the atmosphere. High greenhouse gas levels affect global climate. When we protect caribou habitat, we take a big step in combatting climate change by storing greenhouse gasses.

The boreal forest is also the world’s largest source of unfrozen fresh water and provides food, supplies, and medicine for people.

Woodland caribou are an "umbrella species" — they’re sensitive to disturbance, and thrive in intact forest. As such, woodland caribou is a strong indicator species for the health of the broader boreal.

Woodland caribou in Manitoba were listed as threatened under the Federal Species at Risk Act in 2003, then under the Manitoba Endangered Species Act in 2006.

With considerable involvement of CPAWS, the Manitoba government released its draft strategy for the recovery of woodland caribou populations in this province in April 2014, followed by a final strategy in October 2015. The strategy exceeds all of Canada’s other recovery plans and it commits to protect and manage for 65-80% percent intact suitable boreal caribou habitat in 9 caribou management units.

The next step is for the government to develop action plans for each of the identified caribou managements units in the province. Two are currently being finalized though others have yet to begin. Though timelines have been set to complete these action plans between 2018 and 2020, CPAWS believes the completion of these action plans by October of 2017, as mandated in the national strategy, is crucial to ensure recovery efforts will be seen on the ground before populations see further drastic declines.

As the only proven effective method for ensuring long term caribou survival, CPAWS Manitoba continues to advocate for the recovery of this species through the protection of large-scale, in-tact habitats throughout their range in our province, and the proper management of these areas. We are pleased that CPAWS efforts resulted in the caribou strategy identifying the need for large cores areas for caribou where forestry will not occur. 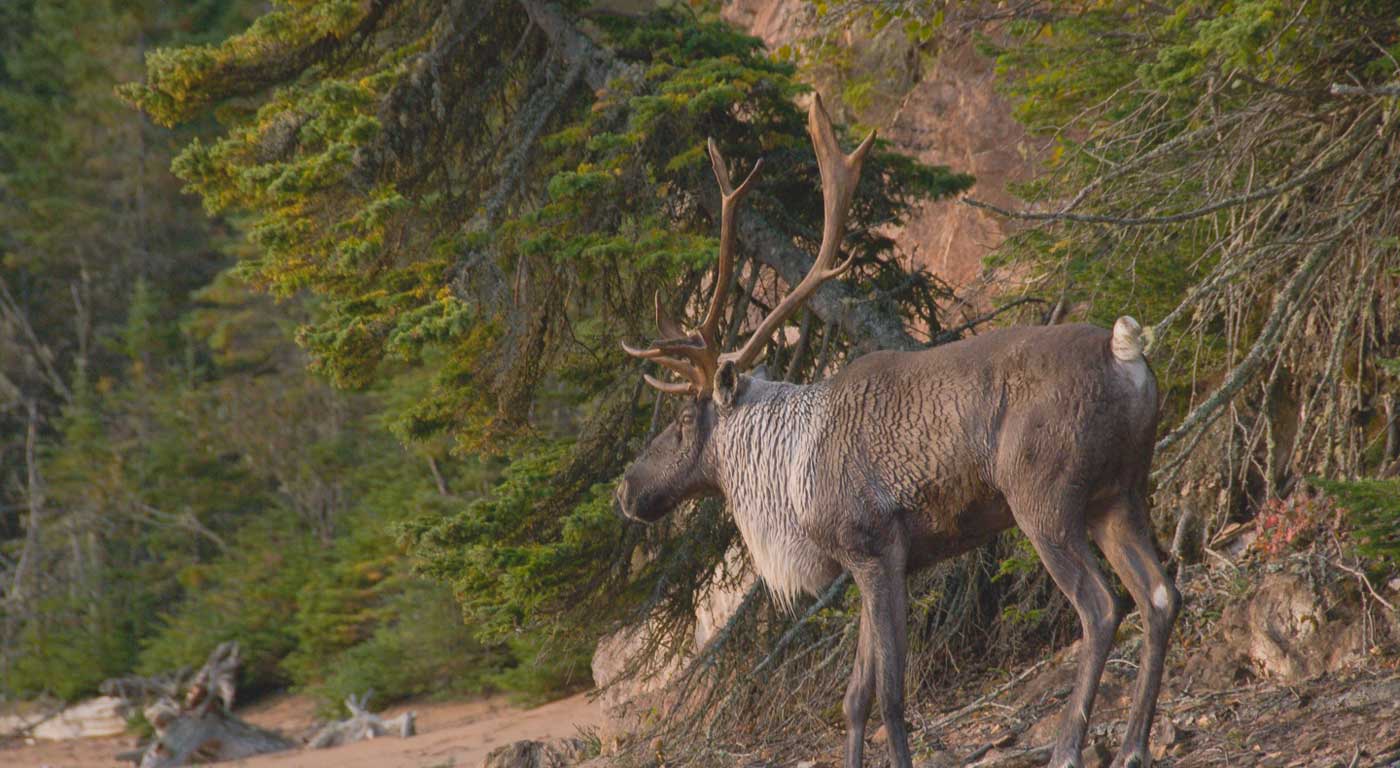 There is finally hope the Manitoba government will act to protect threatened caribou after a decade of delays. Answer a quick survey to help. 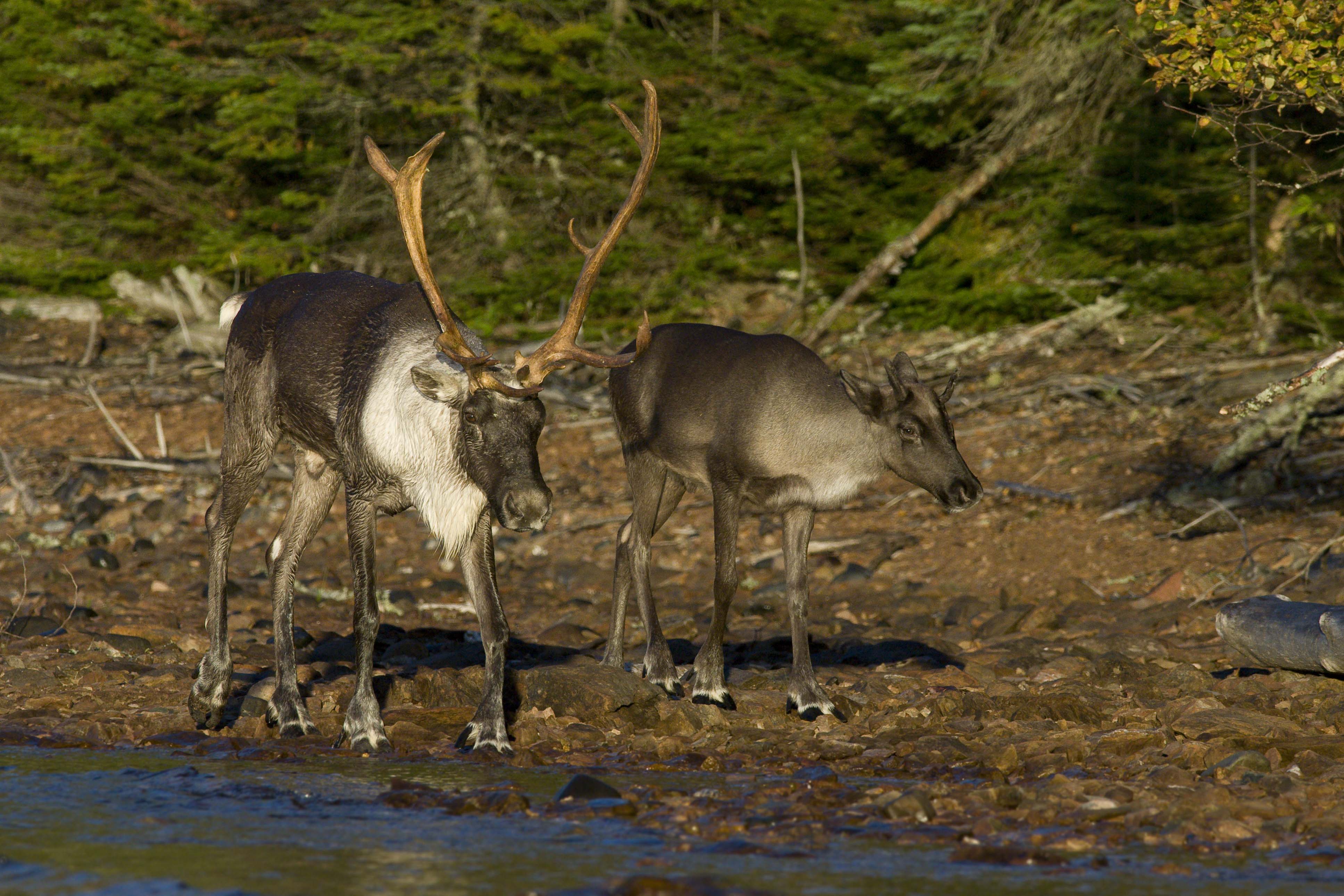 Eight years. That’s how long it’s been since the Manitoba government missed its first self-imposed deadline to protect our threatened caribou. A federal

Conservation science tells us we must protect at least half of the Boreal in its natural state for it to remain fully functioning as a component of earth’s life support system.