"Better act fast they won’t last much longer."  "Stop the poachers."  "Stop night hunting."  "Suspend the hunting of moose until the population rebounds. It needs to be done."

Some 487 people took the time to answer our questions about what needs to be done to save Manitoba’s moose and to share their thoughts on the reasons for dramatic drops in moose populations.

Most live in rural Manitoba. More than half are hunters.

Hunting was clearly considered to be the smoking gun: 68 percent said overhunting was a “major factor” in moose population declines.

There was strong support for suspending all moose hunting in a region if evidence shows that harvest rates are unsustainable: 87 percent said a hunting ban was likely to be a “very effective” or “moderately effective” policy measure.

Nearly everyone shared additional thoughts on why Manitoba’s moose are in trouble, and what should be done to save them. A selection of their comments are available on the Manitobans Speak page.

The online survey was made available for comment from September 2016 through September 2017. Additional details are below.

Most live in rural Manitoba. Many are hunters, others are resource managers, academics, government workers, Indigenous, and outfitters. 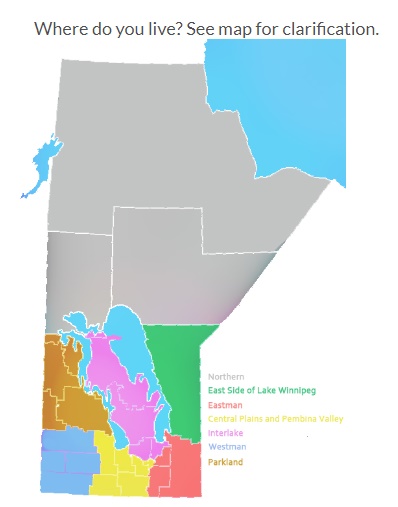 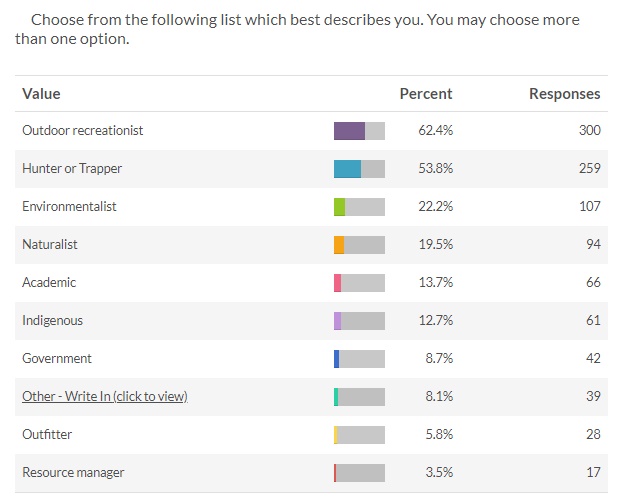 68 percent blame over hunting for the declining moose population. 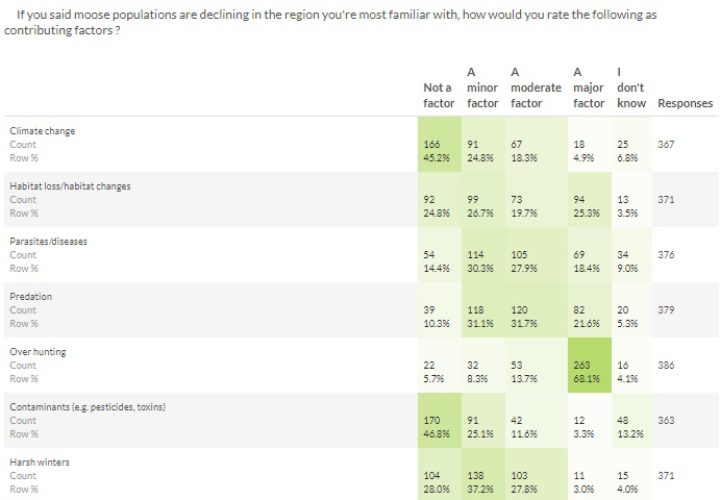 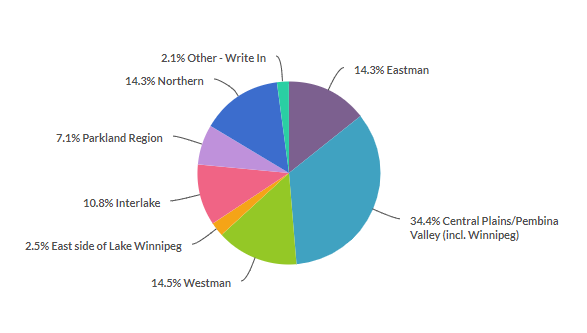 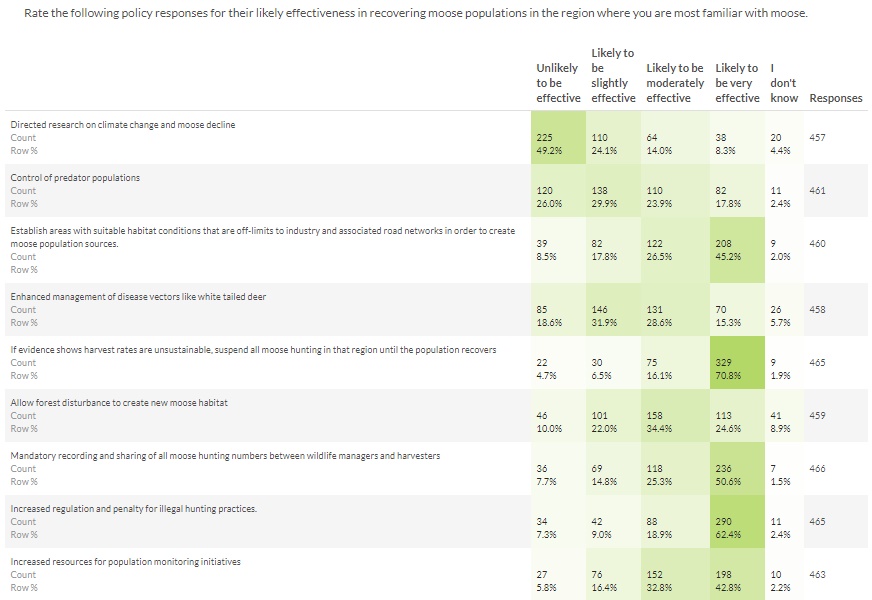