Moose used to be a lot easier to spot on a walk through the woods. As recently as the 1960s, there were an estimated 45,000 moose in Manitoba. There are probably less than half as many today. Nobody really knows for sure. We simply don’t have the data.

The province’s current population estimate of 27,000 moose is considered to be significantly inflated.

The Wildlife Society estimated in 2015 that the population dropped below 20,000 moose and determined that “the only secure populations are either in roadless boreal and tundra areas or are protected from harvest in areas such as Riding Mountain National Park and some private agricultural lands.” Two years later, it strongly requested “new and bold management approaches” amid signs of “alarmingly low” and “collapsed” populations in some areas.

What we can say for sure is that moose numbers in some areas of the province have dropped so dramatically—as much as 57 percent—that their ability to recover is unlikely without a strong and effectively implemented management plan. 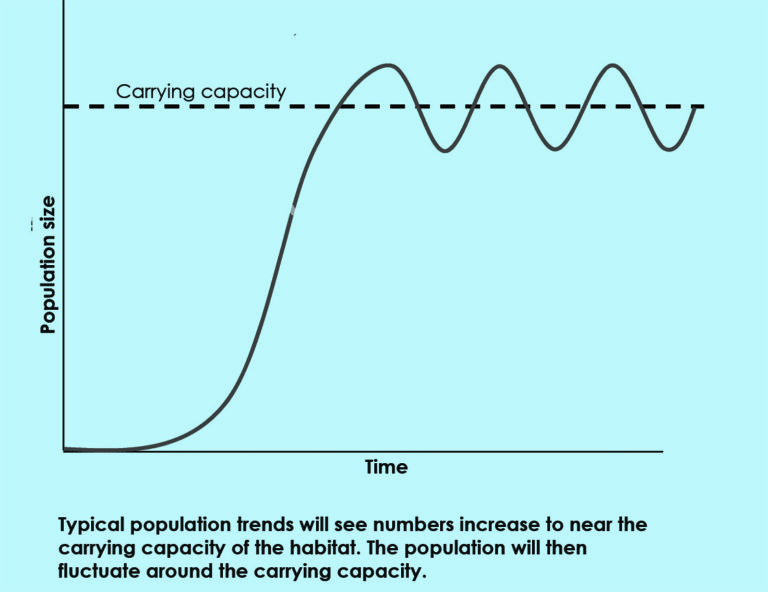 When numbers drop to critical levels, chances of recovery become lower and the loss of a single animal can have a significant impact.

What the Moose Survey Data shows 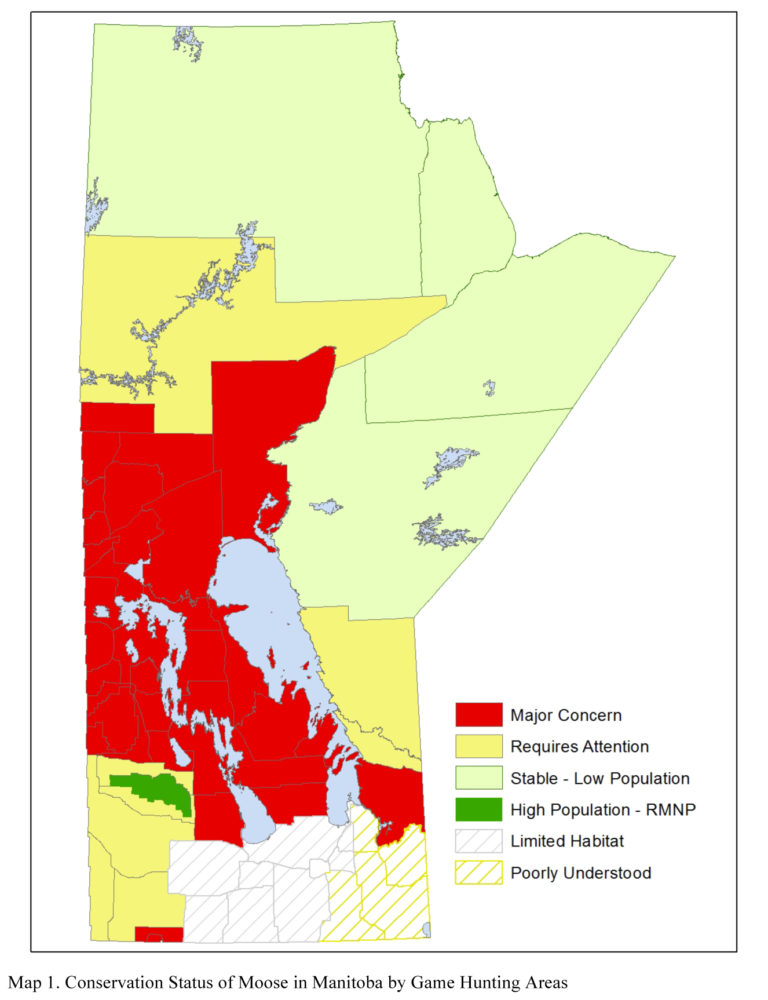 Reliable population data is critical for measuring the effectiveness of a moose management strategy and ensuring it can be adapted to regional realities.

Aerial surveys are the most reliable method for evaluating big game populations over large areas. Regular surveys are required to allow biologists to determine whether a shift in population is a natural fluctuation or an issue of concern.

The Wildlife and Fisheries Branch currently only has the budget to perform four or five aerial surveys a year. The means the status of moose in huge swaths of the province is essentially a mystery.

Manitoba has more than 60 hunting areas. Moose were assessed in seven areas in 2017, three areas in 2018 and 2015 and just two areas in 2016. Only one area was revisited in that four year period.

These surveys have shown some disturbing trends.

A “critically low” moose population was observed during aerial surveys conducted in January 2017 in the central region of Manitoba. So few moose were observed in Area 21 that biologists had to modify their methodology to produce an estimate of 67 moose. That’s down 80 percent from the previous estimate of 346 moose in 2008 (please note that the required shift in methodology means these estimates do not necessarily align.)

Near Hodgson – Central Manitoba – Area 21A

A 57 percent decline in the moose population was observed near Hodgson in central Manitoba during aerial surveys conducted in February 2017. The moose population in area 21A was estimated to be 132 animals, with an average density of 0.06 moose per square kilometer. That’s a “significant decline” from the 2011 estimate of 308 moose, provincial biologists said.

Near the Ontario Border – South Eastern Manitoba – Area 17A

Near the Pas – NorthWest Manitoba – Area 7

The first survey of this region found a “low density” of moose in January 2018: 206 animals, with an average density of 0.04 moose per square kilometer.

Just 95 moose were observed near Boissevain during surveys conducted in February 2015. The estimated average density of 0.08 moose per square kilometer was down 57 percent from 0.19 moose in 2008.

Hunting restrictions were imposed after 2010 surveys found a declining moose population near Bissett.

The hunting restrictions appear to have helped.

These surveys have shown some disturbing trends.

Hunting restrictions were imposed after a 2010 survey found a declining moose population in the Duck Mountain area.

The hunting restrictions appear to have helped.

Biologists found a statistically significant increase in the moose population. Surveys produced an estimate of 1,958 moose with an average density of 0.34 moose per square kilometer in 2017. That’s up 25 percent from 1,466 moose in 2012 and 31 percent higher than the 2010 estimate of 1,349 moose.

Hunting restrictions were imposed after a 2010 survey found a declining moose population in the Porcupine Mountain area.

The moose population has not yet recovered.

The 2017 moose population was estimated at 1,057 animals with an average density of 0.47 moose per square kilometer. Biologists determined that is not a statistically significant difference from 2012 and 2010 surveys (817 and 1,122 moose.)

Near the Pas - Northern Manitoba - Area 8

Despite concerns from local residents near The Pas, little change was observed in the moose population during surveys conducted in area 8 January 2016.

The moose population was estimated at 339 animals with a density of 0.11 moose per square kilometer. The previous survey conducted in 2012 produced an estimate of 317 animals.