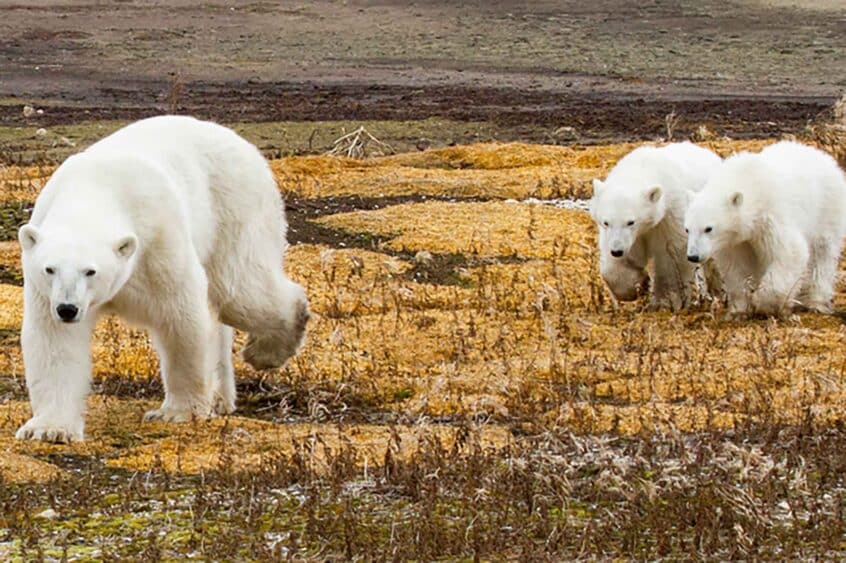 Our climate is warming, the Arctic sea ice is melting, and Manitoba’s population of polar bears may not survive to the end of this century.

That’s the grim truth Dr. Andrew Derocher shared with an audience of 95 people at a CPAWS Manitoba webinar in August 2021.

The long-time scientific advisor to Polar Bears International, professor of mammalogy and northern ecology at the University of Alberta, and author of Polar Bears: A Complete Guide to their Biology and Behavior has been studying polar bears for more than 30 years, many of them focused on the Western Hudson Bay population.

The Western Hudson Bay population of polar bears is by far the best studied in the world. The bulk of the research performed in the 1970s and 1980s focused on monitoring the effects on polar bear harvesting. That historical baseline data proved incredibly valuable once the research shifted to measuring the impact of sea ice loss and climate change.

This means the Western Hudson Bay population of polar bears can be used as a case study for how other arctic species respond to climate change over time. 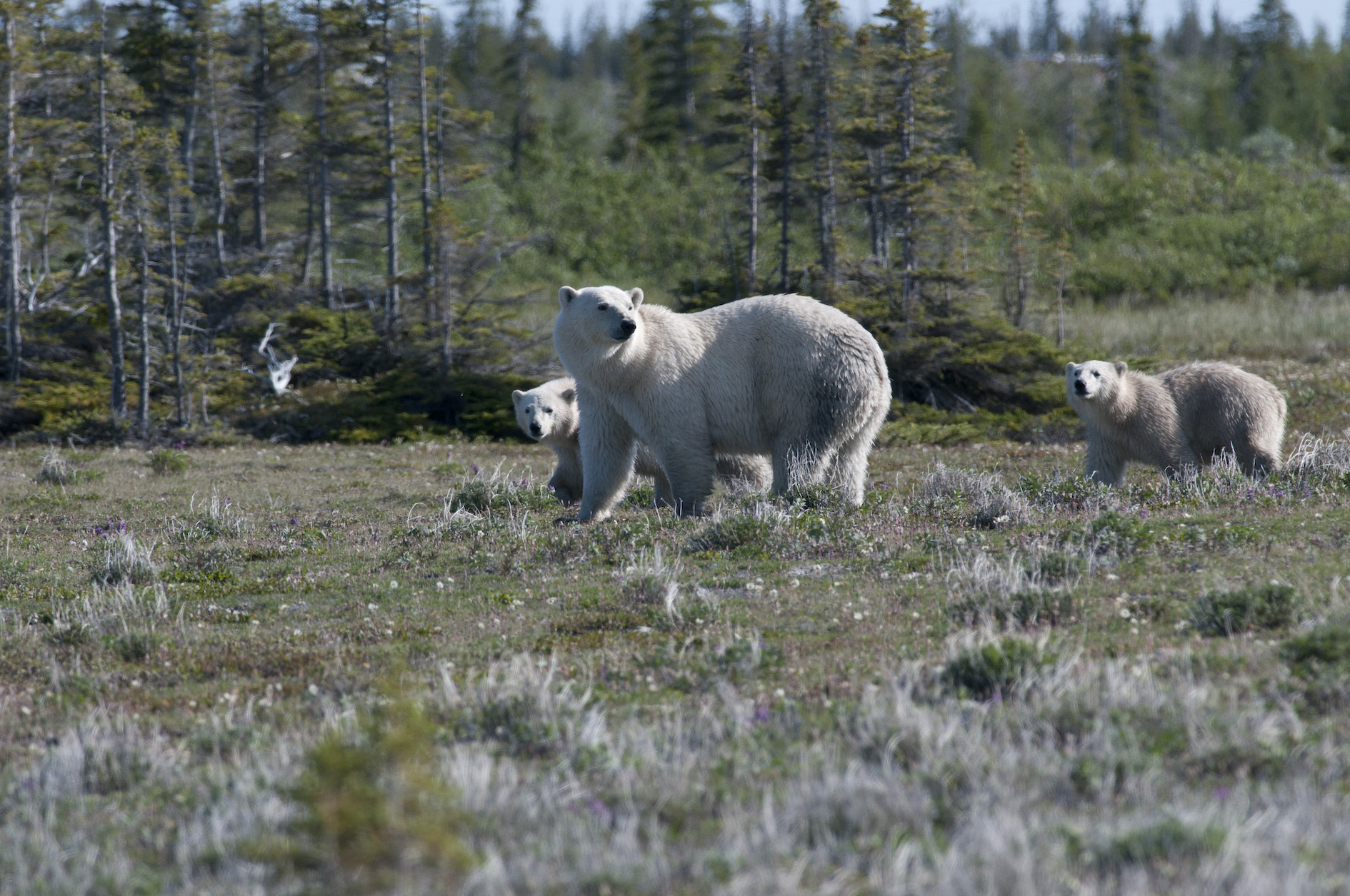 Why Does Melting Sea Ice Matter for Polar Bear Populations?

The vast majority of a polar bear’s energetic intake comes from bearded and ringed seals, which depend on sea ice to carry out their life cycle, to give birth to their pups, and for moulting. They’re only found where sea ice is present.

Polar bears rely on these seals to build up their fat stores in the spring so they can sustain themselves through the ice-free period in the summer and into autumn.

The challenge with global warming is a longer ice-free period that now bumps into the bears’ spring and fall feeding periods. These are critical periods — if they get too long, the bears won’t have enough fat reserves to last. The average bear loses about one kilogram (1,000 grams) per day.

“If you take only one message out of this, it’s really a question of habitat loss,” said Derocher. “Our best estimates are that polar bears will persist as long as there is enough sea ice — which means at least 180 days of ice cover per year. Unfortunately, the polar bears in Hudson Bay are not one of the populations that will (likely) persist to the end of the century.”

The Western Hudson Bay population used to be about 1,200 bears, but that number is now down to about 800, which is a more than 30% decline. As polar bears continue to lose their habitat, Derocher said they may be declared a species-at-risk. Unless there is a radical reduction in greenhouse gas emissions, we will likely only see polar bears in the Canadian archipelago and in the northern parts of Greenland.

“As global warming continues to push polar bears farther north, they will go from high-density habitats in continental shelf areas with high marine productivity into the offshore areas of the Arctic Ocean and into the deep waters of the polar basin,” explained Derocher.

“While sea ice will persist there for long periods of time into the future, it’s never going to be a good polar bear habitat,” he said, explaining that there is less marine life — and less food available for bears — in deep waters.

There are also new predators competing with polar bears for food as a result of the loss of sea ice. Jeff Higdon and Steve Ferguson at the Fisheries and Oceans department in Winnipeg tracked sightings of killer whales in the eastern Arctic over time. Orcas are not ice adapted — the big dorsal fin on their back keeps them out of the sea ice for the most part — but as the sea ice retreats for longer and longer periods, they’ve started to move in.

“It’s a smorgasbord for them, because there’s a huge abundance of ring seals and bearded seals that are found out in the open water areas, and they’re easy pickings for killer whales,” explained Derocher.

So What’s the Solution?

“We don’t need more science. Monitoring is useful, but we actually know what’s going on with polar bears, so I’m not a big advocate of just doing more science. I’ve been in this business for almost 40 years, and one of the biggest problems is that doing more research is just a surrogate for action. How many times have you heard the government say, ‘We need more studies on this’? No you don’t, you need to invoke the policies that are appropriate to rectify the problem.

“I don’t care if it’s climate change and sea ice loss on polar bears, or if it’s trains hitting grizzly bears in Banff National Park because they’re still spilling grain and traveling too fast. We don’t need more research, you need to slow the trains and you need to stop spilling grain. Groups like CPAWS actively protecting areas is so much more meaningful than most other things. Research won’t save a species except in rare cases. It’s a complicated thing, but we know climate change in particular is time for action, not more studies.”

How Can I Help?

Maintaining the health of the marine environment is critical to supporting polar bears already stressed by climate change. Establishing a National Marine Conservation Area in Western Hudson Bay would minimize environmental impacts of shipping and other commercial activities to protect species at risk.

An NMCA is more than just a fancy title. It helps create federal investment, tools and resources to protect and manage a vital marine area. Learn more here.

In a very short timeframe — likely between half a million and five million years ago — grizzlies went from brown terrestrial omnivores to white marine carnivores! 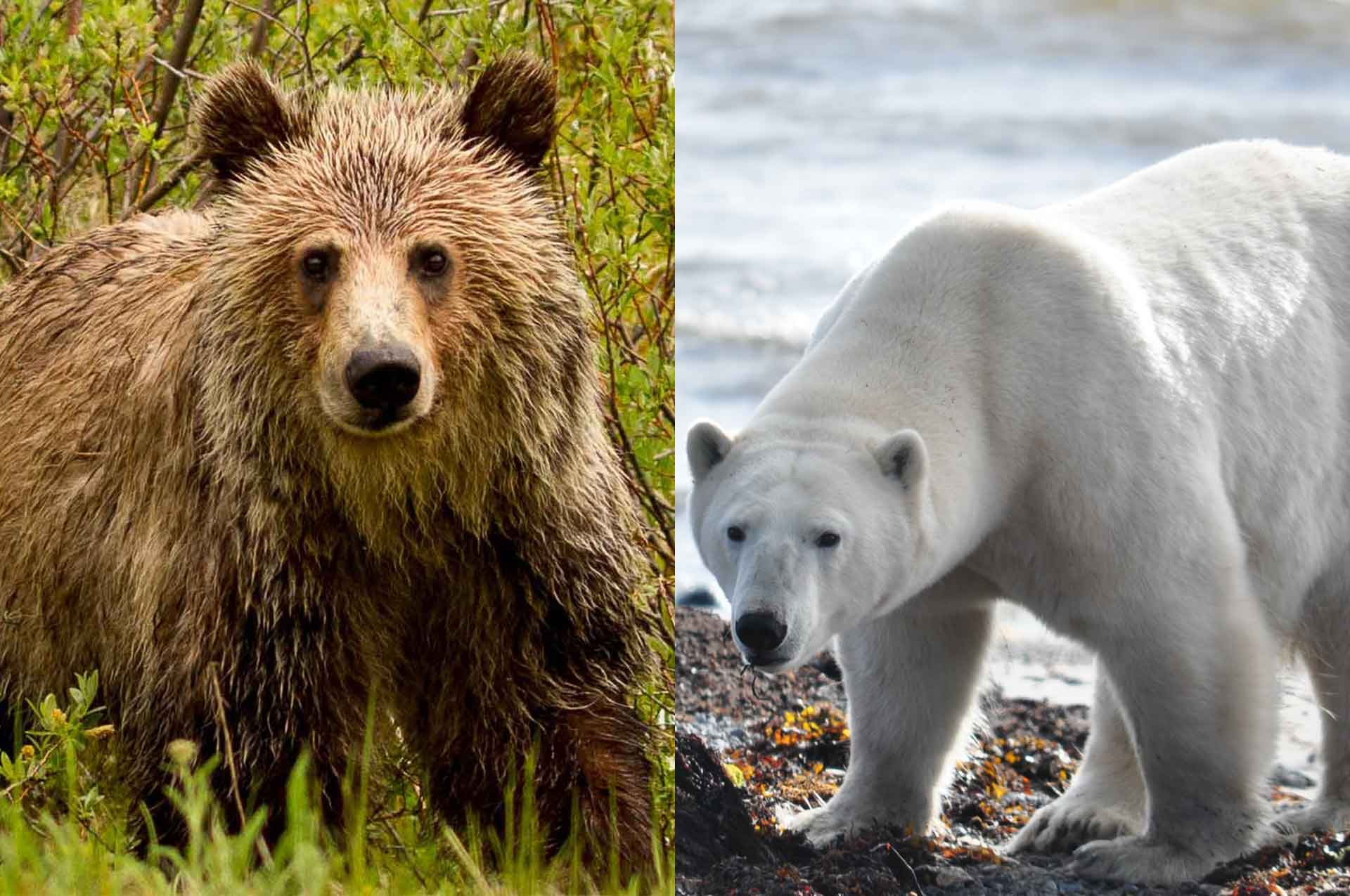 During this evolution, the bears went through some dramatic changes: