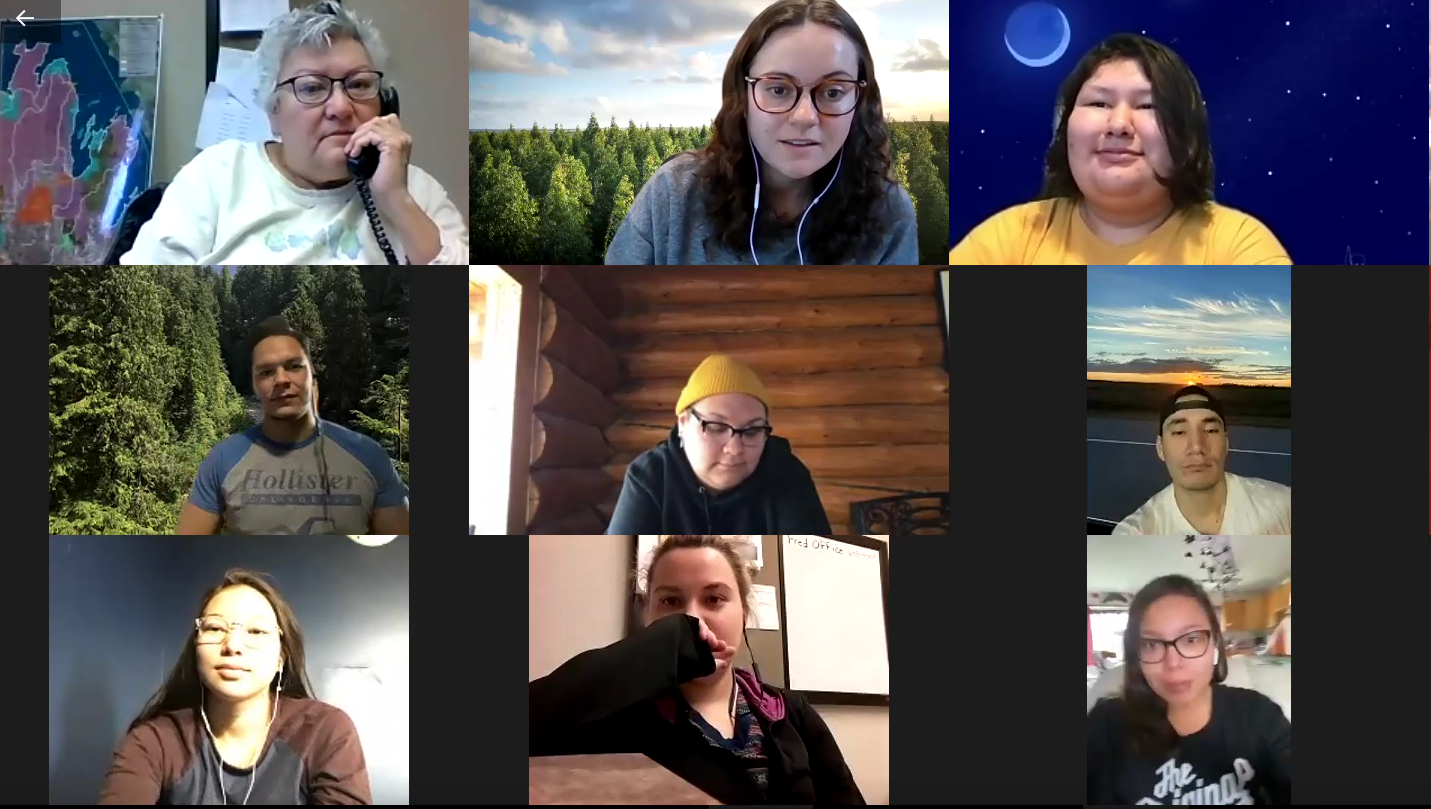 The CPAWS Canadian Wilderness Stewardship Program in Manitoba focuses on working with Indigenous partners to deliver programming that will lay the groundwork for Indigenous Guardians programs in the Seal River Watershed and the Fisher Bay area.

The participants took what they learned on the wilderness trip and then developed volunteer projects based on their own interests (see an example here).

The program wrapped up with a three-day conference in Ottawa with other youth participants across Canada to develop skills in civic engagement, conservation, leadership, and advocacy.

The goal of the initiative is to protect the health of the thriving natural landscape so it can continue to provide sustainable economic opportunities and support cherished lifestyles and cultures.

“We are doing this so our grandchildren’s grandchildren will be able to hunt, fish, and hike in the region,” said Chief David Crate of Fisher River Cree Nation.

The region’s forests and wetlands are key to restoring the health of Lake Winnipeg, preventing floods, acting as a carbon sink, and providing habitat to 53 species of conservation concern, of which 15 are endangered or threatened.

Engaging youth from these three Nations strengthens relationships among the neighbouring communities and helps to advance the initiative.

During the course of the program, youth have the opportunity to participate in workshops that strike a balance between traditional knowledge and western science. We hope the knowledge and training they receive will help ensure a healthy future for people and wildlife in the Fisher Bay area.

Due to a rise in COVID-19 cases, the wilderness expedition planned for the Youth Cabin in Fisher River Cree Nation between September 30th and October 4th had to be cancelled. The five-day camping trip would have included a number of activities and workshops, including traditional knowledge sharing, wilderness survival, wildlife monitoring, hunting and trapping, a medicinal plant hike, water quality testing, fishing, canoeing, drumming, and dancing.

We subsequently had to cancel a backup trip planned for January due to the worsening state of the COVID-19 pandemic.

We transitioned the program to be fully online, where participants are regularly engaged in a private Facebook group and offered ongoing workshops and webinars, which feature diverse topics and speakers.

Participants were sent a “wilderness kit” of supplies to use independently out on the land for learning.

Youth participating in the program in various parts of the country met virtually from their homes for our online Nature Summit in order to share their experiences and participate in additional workshops.

We are excited to see how participants continue to connect with the land and their communities.