More than just monarchs: a guide to Manitoba’s butterflies 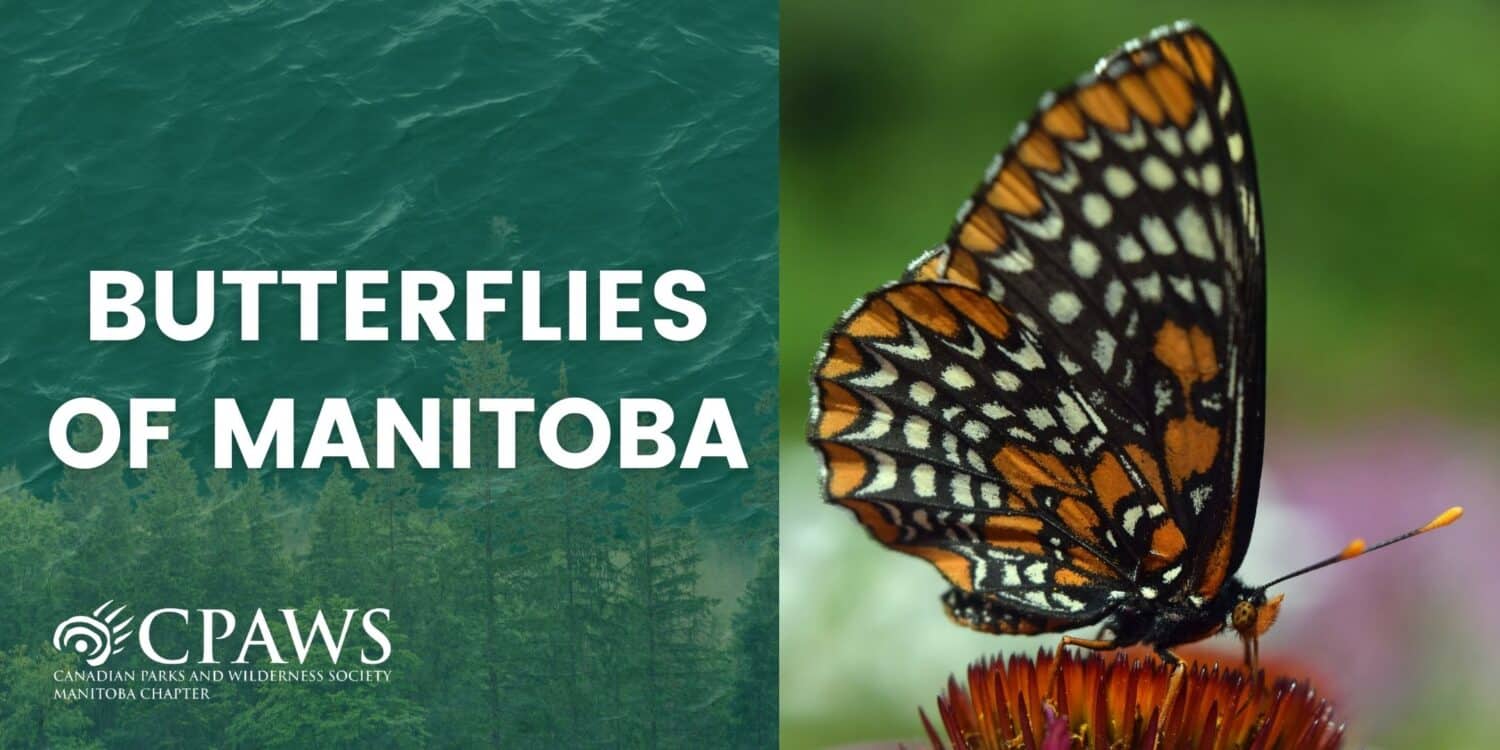 It’s easy to recognize the fluttering orange wings and beautiful black stripes of a monarch, but did you know Manitoba is home to 144 species of butterfly?

That’s what 54 people learned when they tuned into a CPAWS Manitoba webinar in October 2022 with Kirstyn Eckhardt, a graduate student in entomology at the University of Manitoba.

Kirstyn taught us how to identify the five families of butterflies in Manitoba based on their body structures, including wing shape, size, colours, and behaviour.

We also looked at several species in detail from each major group, noting the features and characteristics to help us identify each butterfly.

You can watch a recording of the webinar on the CPAWS Manitoba Vimeo page.

Why should you care about identifying butterflies?

“Some of it is probably curiosity and just a desire to know more about the world around us,” said Kirstyn.

“But I think David Attenborough said it really well—no one will protect what they don’t care about and no one’s going to care about what they haven’t experienced. So the desire to protect the species around us comes with an awareness of the things that are out there,” she added.

How do you categorize butterflies?

To categorize butterflies, you’ll need to know a bit about a branch of science called taxonomy—a way of describing relationships between organisms and categorizing them based on similar traits they share.

What are the five families of butterfly in Manitoba?

DYK? Harvesters in the family Lycaenidae are the only butterfly that is carnivorous. Their caterpillars feed on woolly alder aphids instead of plants.

What other factors are important when identifying butterflies?

There are two important factors to note when identifying butterflies:

Kirstyn gave us the example of seeing a butterfly that could be one of two similar-looking species: The common checkered skipper and the northern grizzled skipper. The first hangs out in fields, pastures and yards in late summer. The later prefers the boreal forest ecosystem and is found in spring.

Using these context clues, she managed to identify the butterfly as the common checkered skipper as it was late August and near a farmer’s field.

What’s the difference between butterflies and moths?

It can be tricky to tell apart butterflies from moths, explained Kirstyn.

Another way to identify butterflies from moths is to look at the shape of their antennae. Moths typically have feathery, cone-like or thin, thread-like antennae. Most butterflies have clubbed or hooked antennae, which thicken toward the top end or curve slightly outward.

Watch the webinar recording to learn more about butterflies in Manitoba.