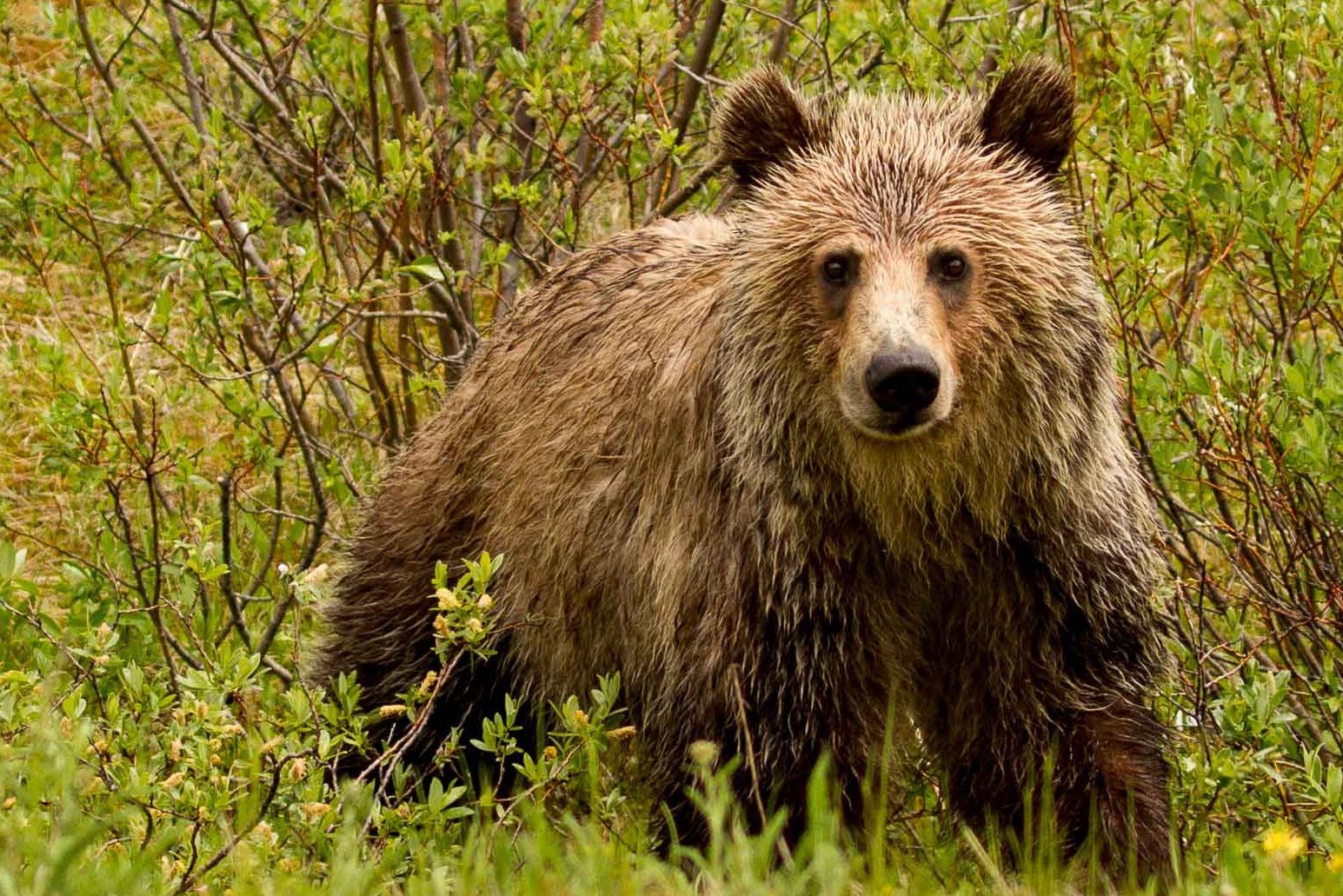 You might be surprised to learn that grizzly bears live in Manitoba. These majestic creatures, with a characteristic hump on their backs, can grow up to three metres long from head to tail, weigh upwards of 700 kilograms and run up to 55 km/hour.

Grizzlies are also very intelligent and have great memories. Their sense of smell is stronger than a hound dog, and they are good swimmers. Young grizzlies can even climb trees to escape predators.

Grizzlies are great mothers as well, fiercely protecting their cubs and staying with them until they’re two to three years old.

Unfortunately, these amazing animals are at risk. The Committee on the Status of Endangered Wildlife in Canada (COSEWIC) has listed the western population of grizzlies as “Special Concern.” This population includes grizzly bears in Alberta, British Columbia, Manitoba, Northwest Territories, Nunavut, Saskatchewan and Yukon.

At one point, grizzlies in Manitoba were thought to be extirpated, meaning they were no longer wild in the area. There were many reasons for this. Grizzlies require a lot of forest space, and much of that has been removed through colonization and industries such as oil, gas, logging, mining and even ski resorts.

You might be wondering why you should care about the number of grizzly bears in our province. Well, Manitobans love to see wildlife, and so it’s in our best interest to keep them alive so that we can continue to enjoy them. Even if you’re not interested in wildlife, you might be interested in the economy, which benefits a lot from tourists who love to witness these beautiful bears in their natural habitats.

Grizzlies play an important role in Manitoba’s ecosystem as well. They eat herbivores, which helps to prevent overgrazing, maintaining plant life, plus grizzlies also eat berries, aiding with seed dispersal when the berry seeds pass through them.

If we plan human activities in grizzly country with their survival and well-being in mind, we can save them. Here’s what you can do:

Rhea Thiessen is a student at Kelvin High School with a passion for social justice and the environment. She’s spent much of her life exploring Manitoba’s parks and wild spaces with her father, CPAWS Manitoba Executive Director Ron Thiessen.