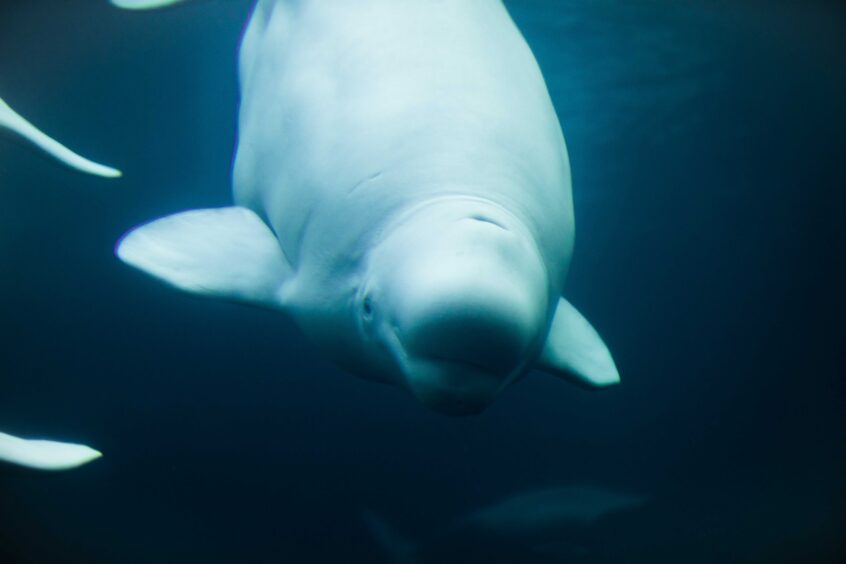 Can we measure the stress of Manitoba’s beluga whales…using their snot?

That’s what #SnotForScience aimed to find out. The hashtag was part of a 2018 research project by Justine Hudson, then a master’s student at the University of Manitoba, studying how climate change and human activity can affect the stress levels of beluga whales.

She spent two summers in Churchill, Man., collecting snot from free-swimming beluga whales and measuring cortisol, an indicator of stress.

Now a marine mammal research technician at Fisheries and Oceans Canada in Winnipeg, Hudson recently shared some of her research in a CPAWS webinar on October 22, 2021.

She explained how she successfully collected so many snot samples, the results of her research, and what it all means for the future of Manitoba’s belugas.

Why Worry About Our White Whales?

The Western Hudson Bay population of belugas is currently listed as a species of special concern by the Committee on the Status of Endangered Wildlife in Canada (COSEWIC).

An estimated 55,000 beluga whales (one-third of the world’s population) migrate into the Churchill, Seal, and Nelson river estuaries each summer.

But with longer ice-free periods in the Arctic sea — Western Hudson Bay averaged around 30 fewer days of ice cover in the past decade than it did in the 1980s — belugas are becoming more vulnerable to increased ship traffic, hydroelectric development, and predation from orca whales.

“The main reason I was interested in studying this population in relation to shipping activity is because Canada’s only deepwater Arctic port, the Port of Churchill, is right in the summering grounds of this population,” Hudson said.

“It is believed that as climate change continues to warm the Arctic, more ships will be able to travel to this port and for longer periods of time. This area is important for belugas because they come here to feed, to moult, and for protection from orca whales. Belugas are also very vocal, and we do know that shipping activity can have impacts on marine mammals, especially those that are very vocal and use sounds to communicate. We wanted to study how this population is doing before ships start coming to this area more frequently,” she explained. 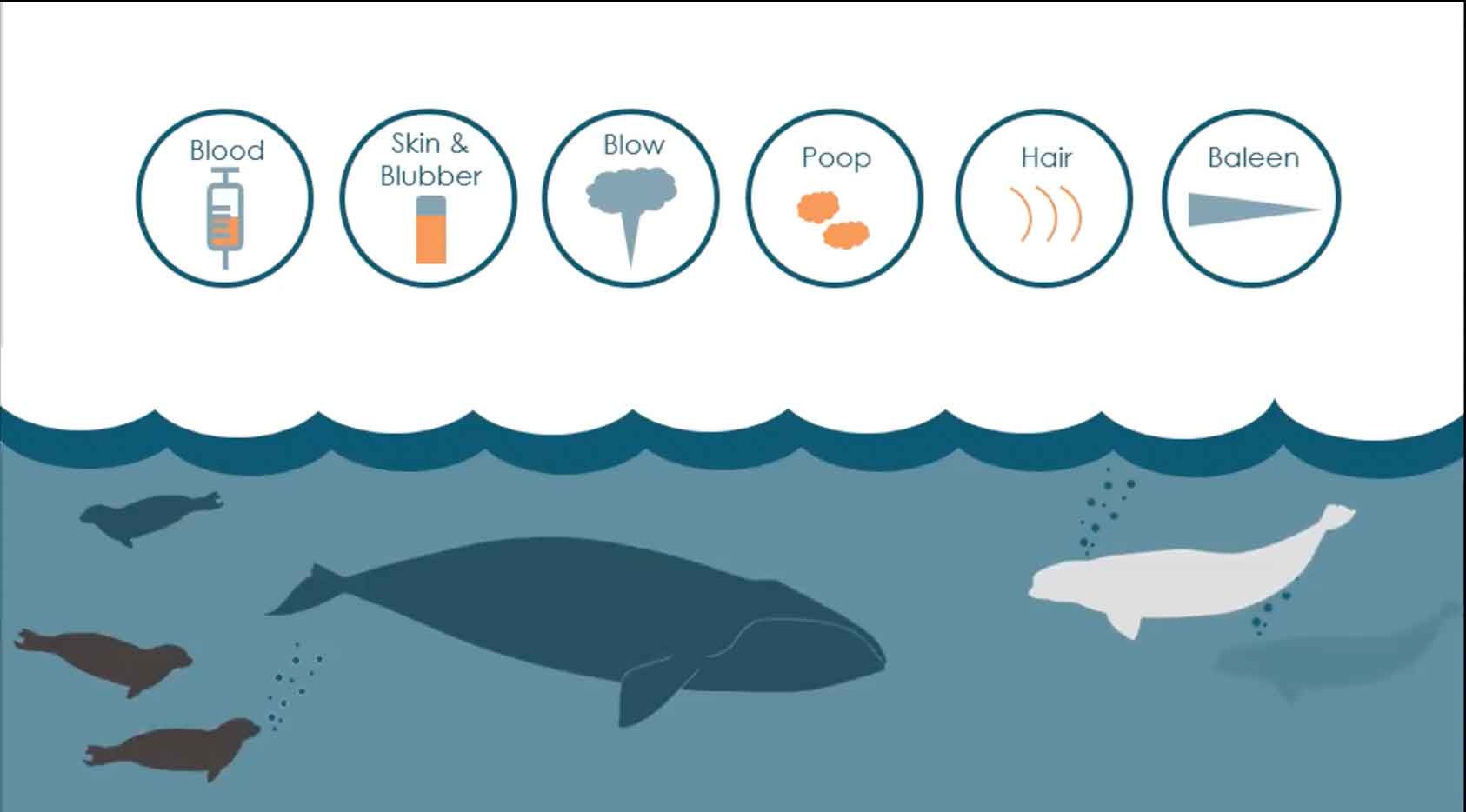 There are many different tissue types you can use to study hormones in marine animals.

Stress can affect marine mammals the same way as it does humans: some of the more problematic impacts are reduced fertility and a weakened immune system. If indeed the Western Hudson Bay population of belugas are becoming more stressed, it could affect their population dramatically.

There are a number of ways to collect cortisol samples from marine mammals — using hair, blood, poop, and blow (snot) — but some are more difficult and invasive than others.

Collecting blood samples, for example, involves restraining the animal, which can cause its own stress response and increase cortisol levels. Collecting poop samples takes a long time — over an entire season, researchers may only be able to collect a handful of samples.

That’s why Hudson chose to focus on snot. Collecting blow is an effective, non-invasive method for sampling that has been used for nearly a decade, but never before on free-swimming belugas.

So What Does Snot Say About Stress?

Travelling by boat off the coast of Churchill, Hudson and her team collected 252 blow samples from belugas in the 2018 field season. To obtain these samples, they used a petri dish attached to a painter’s pole. Hudson would stand near the back of the boat and wait for the belugas to rise above the surface and exhale their blow. Sometimes, she was able to collect 30 samples in one day. Other days, that number was zero.

Along with these samples, they also collected data — including age class (based on size, colour, and behaviour of the animal), time of day, ships present, and the number of exhalations from each beluga.

Hudson wasn’t able to make any solid conclusions about the impacts of shipping on belugas from the samples she collected, but she was able to prove how easy and successful collecting snot samples from free-swimming belugas can be. She hopes others will see the value in this non-invasive method of sampling for future whale research.

Watch the full recording of Snot for Science: Tracking Stress Levels in Manitoba’s Belugas below.

This webinar is a part of CPAWS Manitoba’s Western Hudson Bay Marine Conservation Area campaign. Learn about the importance of protecting our coastal region and how you can help.