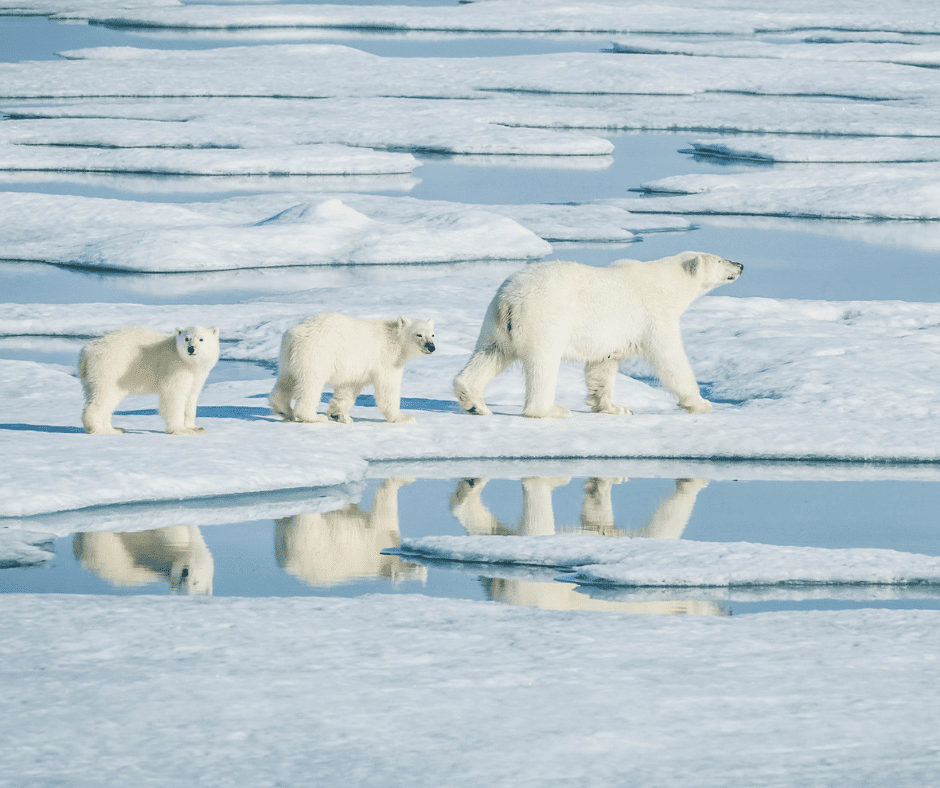 This Opinion Piece was published by the Free Press on Nov 1, 2022.

I remember vividly the first time I encountered a polar bear in the wild — it was the summer of 2009, and I was in Churchill with a colleague, hoping to capture some unique photos for our campaign work. When we spotted a mother with her two cubs, we knew it was the magic moment to capture — if we could keep our nerves calm enough to get a steady shot.

Thankfully, my determination and long zoom lens did the trick and we ended up with wonderful photos — and even more wonderful memories.

As a Manitoban, I identify deeply with this majestic creature, and its significance as an official emblem of our province and a national treasure. The need for protection of polar bear habitat and den sites has never been so pronounced. Known as an apex predator — meaning they’re at the top of the Arctic marine food chain — polar bears are important for keeping prey populations in balance.

Over the past 30 years, Manitoba has lost nearly one-third of its polar bears, and the trend is only continuing as the ice retreats in Hudson Bay. Not only are they losing valuable hunting grounds, but mining companies are also staking claims near areas where mother bears dig their dens.

These threats to their habitat place this iconic species at further risk to an already imperiled population.

Now that we’ve identified the issue, what can we, individually and collectively, do about it?

Learn More: 5 Ways Biodiversity Supports Us (and 1 Way You Can Help It Thrive)

A clear part of the solution is to work toward the long-term protection of the lands and waters that polar bears — and so many other species — depend on for their life support systems. Canada has committed to protect 30 per cent of its land and fresh water by 2030. In Manitoba, we are only at 11 per cent protection, and we’ve only seen a 0.1-percentage point increase since 2015.

We need to get serious about achieving this ambitious goal. For inspiration, we need to look no further than to regional Indigenous leadership. Several First Nations are working to establish large Indigenous Protected and Conserved Areas (IPCAs) in polar bear country and beyond.

These areas serve as huge carbon storehouses that mitigate climate change and preserve habitats for threatened birds and a wide array of wildlife.

It’s critical that our provincial government gives full support to the conservation initiatives led by Indigenous nations. In Manitoba, our Climate and Green Plan commits to ensuring “that an adequate level of protection is achieved for the long-term viability of species and habitat.” This means keeping Manitoba wild and protecting the habitat polar bears need to survive.

This also means advocating that our local media and government officials leverage the platforms they have to educate, inform and activate.

I know the image of a destitute polar bear in a melting ice field has become a cliché in the nature protection movement, but there’s truth to it. We need our provincial government to give its full support to the conservation initiatives led by Indigenous nations. Future generations of people and wildlife depend on our actions today.