How to Capture the Cosmos 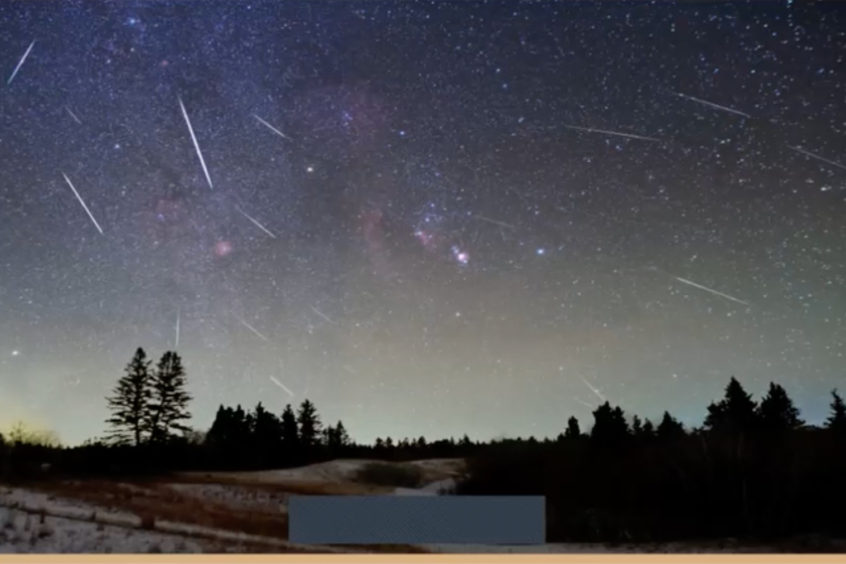 Advice From an Avid Astrophotographer

It’s the middle of the night, -35 C and a particularly clear evening. Chances are you’re snuggled warmly in your bed. Justin Anderson is probably standing in an empty field in rural Manitoba, experimenting with long exposure photography to capture stunning shots of stars, comets and meteor showers.

The avid astrophotographer takes every opportunity he can to head outside and snap photos of the night sky. Some of his most impressive photographs have taken him eight hours to capture in frigid cold temperatures. Others were snapped quickly on a Samsung phone. All present a remarkable view of the night sky.

Justin shared his experiences and great advice with 120 participants in The Art of Night Photography: Learning to Capture the Cosmos, hosted in June 2021.

It was Justin’s second time hosting a CPAWS Manitoba webinar. The first, Chasing the Northern Lights: Capturing the Beauty of the Aurora Borealis, was co-hosted with Scott Young, planetarium astronomer at the Manitoba Museum in April 2021.

If you’re interested in the science behind the northern lights including what causes the natural phenomenon and the best times to view them, you can watch the recording below.

Get inspired to explore the outdoors with Justin’s night photography tips below, including how to scout locations, the gear you’ll need to pack and when you’re most likely to spot meteor showers, the Milky Way, noctilucent clouds and other night sky phenomena.

What Can I Expect to See in the Night Sky?

Manitoba has some of the most beautiful night skies. Depending on the time of year, there are a number of stars, showers and events to see. 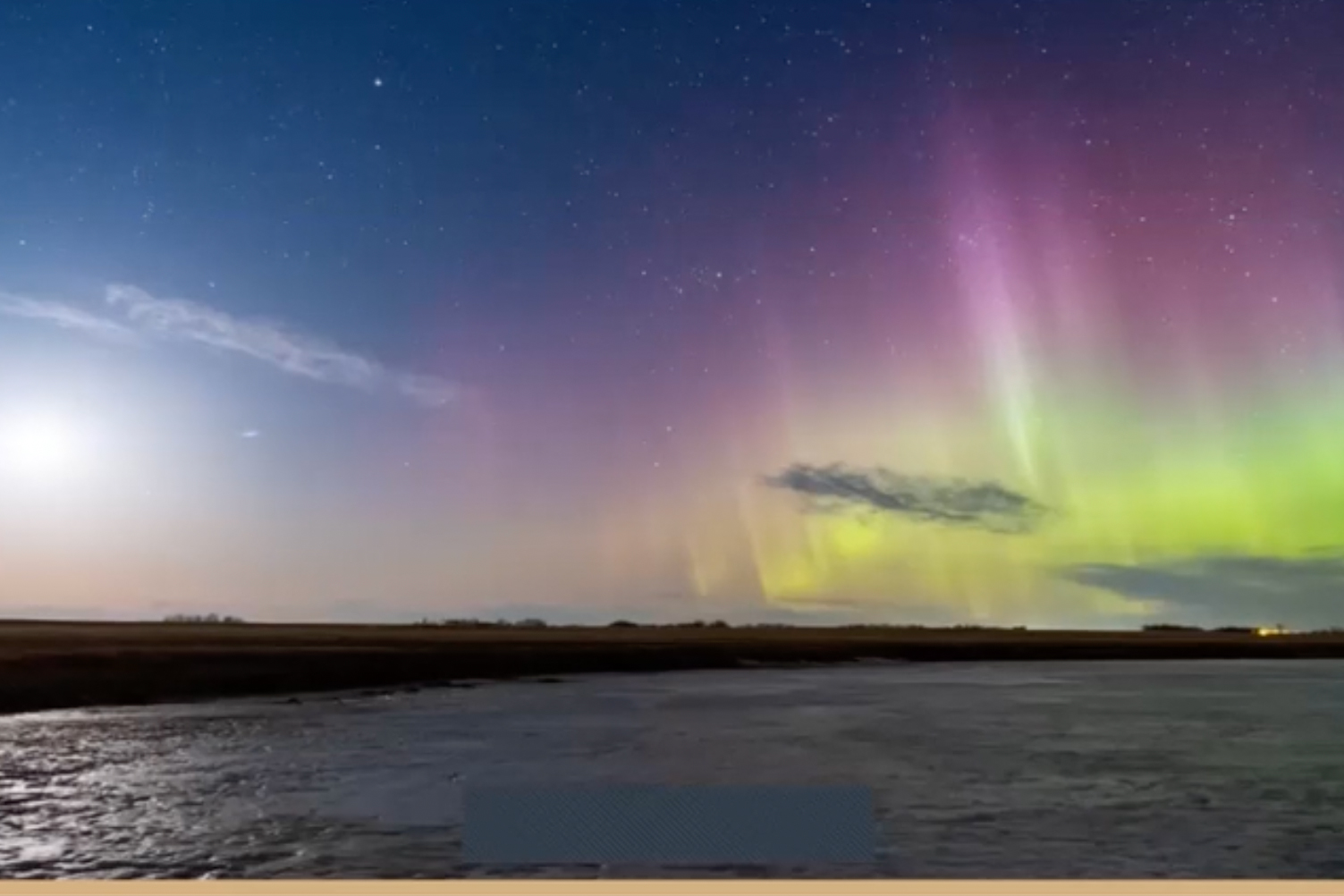 The Canadian Prairies have incredible views of the northern lights all year round. The best time to see them is in the winter when the skies are dark by six o’clock, giving you more time to get outside the city and set up your shots.

Noctilucent Clouds are better known as night shining clouds. They shine along the northern horizon after the sun has set. The reason these clouds are so unique is that the entire sky can be dark while the noctilucent clouds glow to the north.

The season for these rare clouds is two months long, spanning from mid May until July. They are easy to spot and photograph when they are out, even in the middle of a city with light pollution. The clouds are visible all across Canada and even into the northern U.S states.

Clear skies and a new moon (instead of a bright, full moon that will drown out the Milky Way) are important factors when planning your photographs.

There are around 21 major meteor showers every year, including the Quadrantids, Perseids, Geminid and many more.

August is a very popular month for meteors with the Delta Aquariid and Perseids peaking just a few weeks apart. “Peaking” refers to the date you can expect to see the most meteors. Some meteor showers have gradual peaks over multiple days and weeks, and some are more steep.

Comets are quite rare, especially ones that are visible to the naked eye. In 2020, Comet NEOWISE lit up the night sky and was labelled the comet of the century because it was so bright and easily visible. Many people discovered photography as a hobby simply because of this comet.

Comets are fairly unpredictable, as they can burn up as they get close to the sun or appear quite dim if they’re too far from the sun. The next one predicted is Comet Leonard in December 2021, which is projected to be incredibly bright and seen easily from Earth; however, it’s difficult to say for certain.

Where Can I Go to See the Northern Lights? Where Is the Best Place to View the Milky Way? Where Should I Go to Take Photos of the Night Sky?

“Where?” is the most common question Justin is asked when he posts his photos of the night sky online. 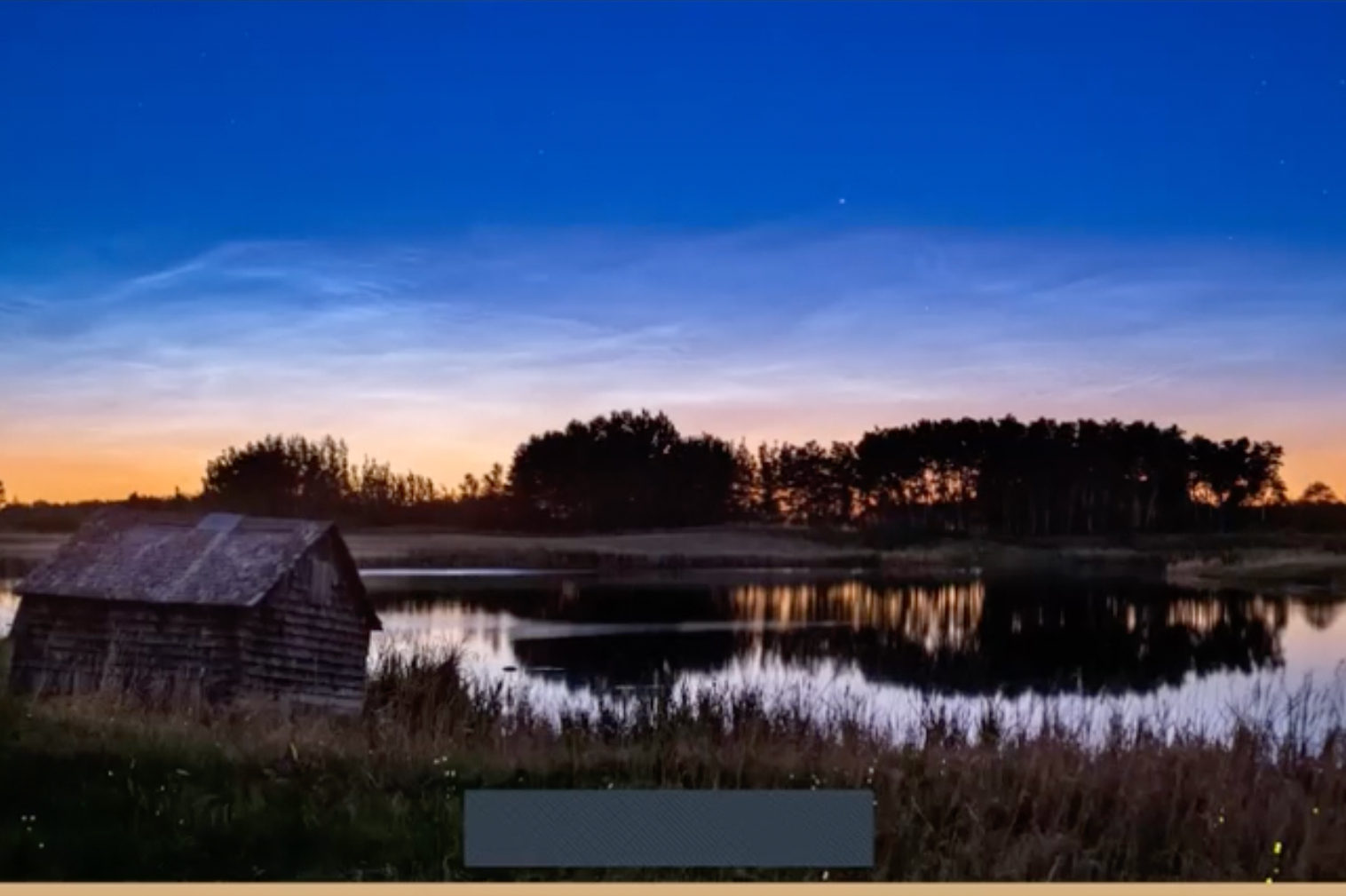 The short answer is that there is no single set location for viewing the northern lights or other night sky phenomena. The best location is whichever one you can get to.

While it’s important to get as far away from the bright lights of a city as possible, sometimes it’s realistic to make it only 15 to 30 minutes outside of the Perimeter. That’s OK — you’ll still be able to capture beautiful photos from there.

Justin recommends driving at least 30 minutes to two hours outside of the city and going north, east or west for optimal night sky viewing.

Keep an eye on cloud coverage. It changes daily and is often unpredictable, plus forecasts are not 100 per cent accurate. Consider joining a Facebook group like Manitoba Aurora and Astronomy, where more than 22,000 members work together to report on viewing conditions across the province. Justin is the founder of this active Facebook community.

What Type of Photography Gear Do I Need for Taking Photos of the Night Sky?

To photograph the night sky, you do not need an expensive camera. In fact, every single camera can capture the night sky, including most cell phones made in the last two to three years. 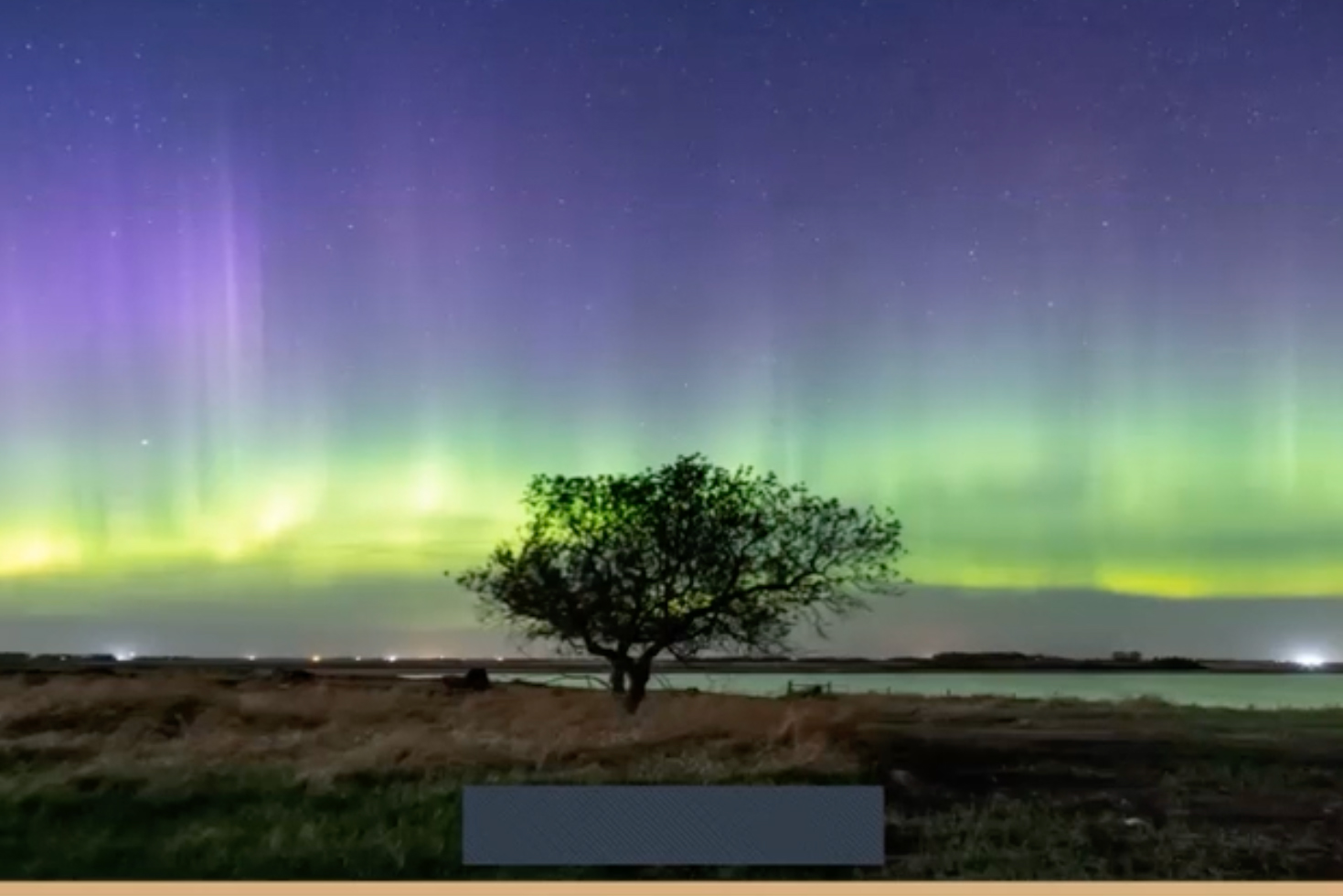 Using a DSLR camera is ideal as learning to understand and change your camera settings can improve your photographs over time.

The one piece of gear Justin recommends as a must-have is a sturdy tripod. Taking photos of the night sky involves long exposure photography. This means the camera takes a photo over the course of a few seconds. You cannot hold the camera steady enough during this time and will need something solid to set the camera on to produce clear, focused images and avoid blurry photos.

Where Can I Find Local Facebook Groups and Online Resources?