Little Limestone Lake, located approximately 450 Km north of Winnipeg, along the highway to Thompson, Manitoba, is the biggest and best marl, colour-changing lake in the world! CPAWS is working in partnership with Mosakahiken Cree Nations to ensure a sufficient area around the lake is protected so the water body’s ecology remains intact and the needs of local communities are met.

Little Limestone Lake, near the northwest tip of Lake Winnipeg, is the world's largest and most dramatically colour-changing marl lake. Marl is created when calcite, a constituent of limestone, is precipitated from warm water. As the temperature rises, the quantity of marl increases. This physical phenomenon changes the colour of the lake, typically from a brilliant turquoise in the morning to a robin's egg blue by mid-afternoon, making it look like a little piece of the Caribbean right here in Manitoba!

The lake and its surrounding area serve as critical habitat for a variety of species, including songbirds, ducks, eagles, lynx, fox, muskrat, moose, and the threatened woodland caribou.

CPAWS is also working with all involved to make certain a large enough area around the lake is permanently protected to maintain the lake’s health as well as traditional activities and sustainable tourism opportunities for the area’s residents.

The main challenge is that part of the wilderness area that needs to stay natural is presently bound with mining claims. Dr. Ford recommends that mining within the ‘play-it-safe boundary’ could pollute the lake and negatively affect its ecological balance. This could be devastating to the lake’s health, colour-changing ability, and its status as the best marl lake on the planet, as well as the human communities and diverse wildlife that the lake supports.

For CPAWS and Mosakahiken Cree Nation, the creation of Little Limestone Lake Provincial Park was a day to celebrate after many years working together to secure protection for the lake. However, we were also clear that there was more work ahead of us to make sure Manitoba’s prized marl lake stays healthy forever.

Creation of a Provincial Park

After many years of CPAWS efforts, In July 2007, the province designated Little Limestone Lake a park reserve, which provided interim protection for the lake and 100 metres of surrounding shoreline. This measure meant to safeguard the area from developments during a consultation process designed to determine the future for Little Limestone Lake.

In 2010, CPAWS commissioned Dr. Derek Ford, the world’s leading marl lake specialist, to undertake a scientific study to help delineate boundaries for a Little Limestone Lake park. The results were widely distributed for the purpose of informing decision-makers and influential individuals on the most ecologically appropriate way to protect the lake. A public-friendly document was also produced and circulated to local residents and the general public.

In 2011, after many years of CPAWS working together with the Mosakahiken Cree Nation and Nature Manitoba, protection was secured for Little Limestone lake when the lake and the lands within 100 meters of its shores, plus a slightly larger area on its south end, became the 85th provincial park in Manitoba, covering a total of 4,800 ha.

As Dr. Ford’s report delineates a larger area that is needed to protect the health of the lake, a Memorandum of Understanding was signed by the Manitoba government and Mosakahiken Cree Nation. The document included a commitment to explore enlarging the new Little Limestone Lake Provincial Park to add areas deemed critical to the lake’s ecological well-being. As a provincial election was drawing near and without time to consult more broadly about larger boundaries, CPAWS and Mosakahiken agreed to the present park boundaries out of concern that we might not get a park at all if a new government came in and had no interest in protecting the lake. 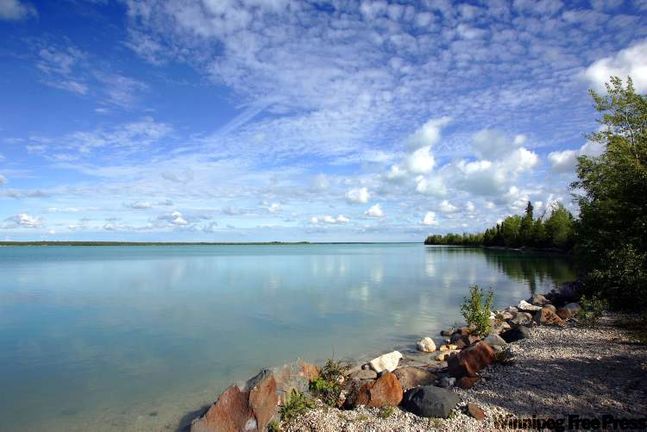 The present boundaries of the proposed Little Limestone Lake provincial park are inadequate to ensure the lake’s water quality. If polluted waters enter