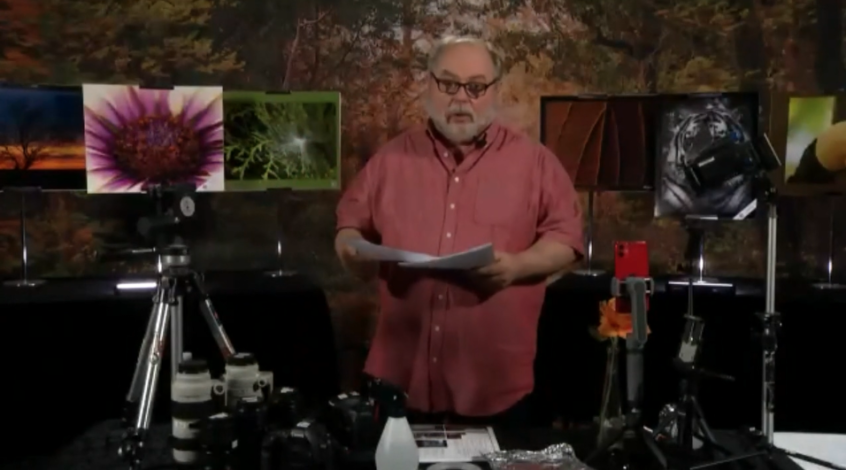 Grab your DSLRs, iPhones and film cameras — Ron Gilfillan, head photography instructor at Tec-Voc High School, has some helpful composition tips for photographers of all levels.

Whether you’re a cell phone user or a pro with a DSLR and a lighting kit, Gilfillan demonstrated how to create better images in a February 2021 CPAWS Manitoba webinar, attended live by almost 150 people.

Note: The following images were captured by Tec-Voc photography students.

Here are five guidelines Gilfillan recommends for photographers to follow. 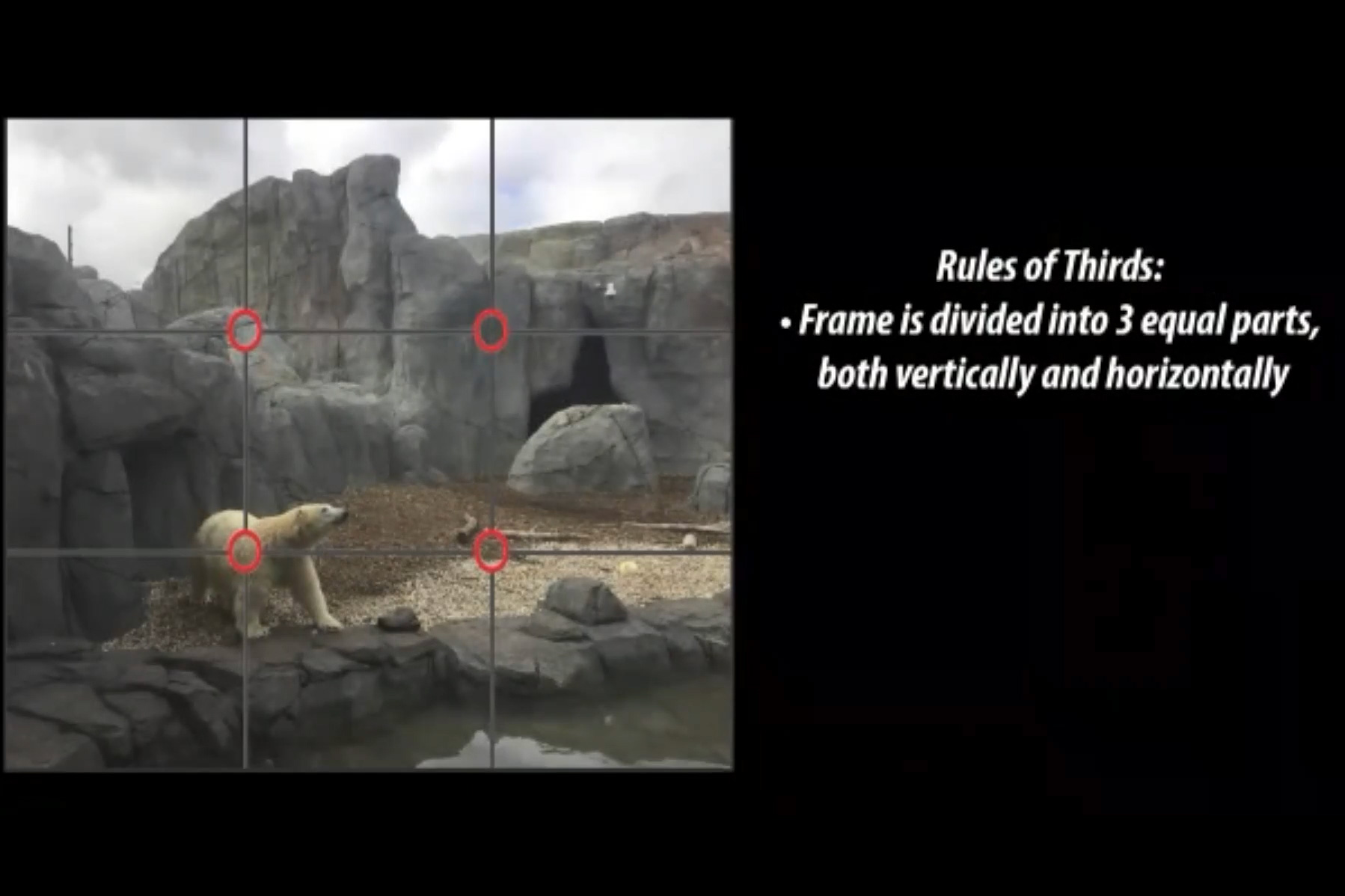 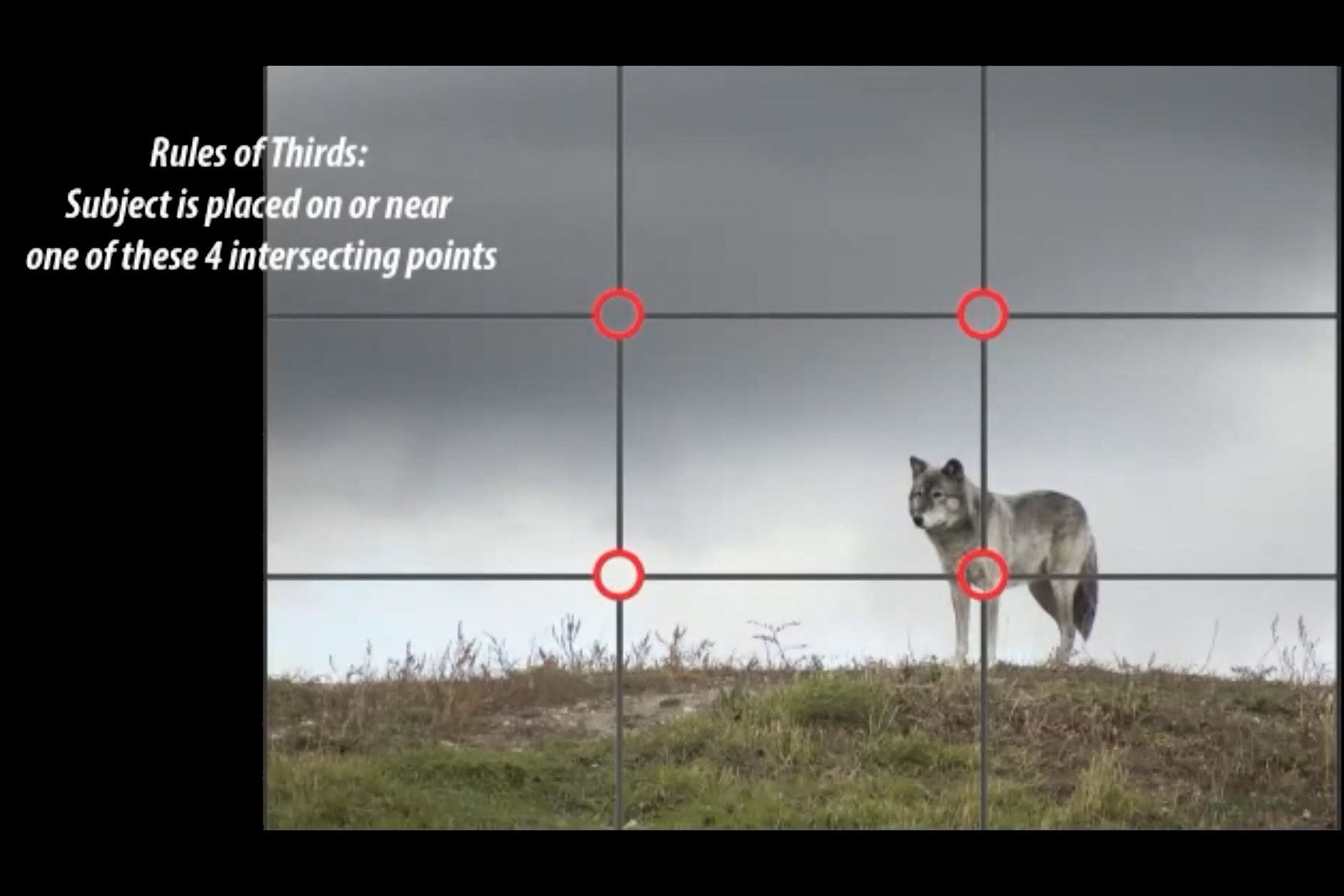 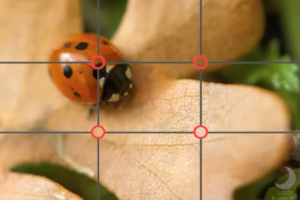 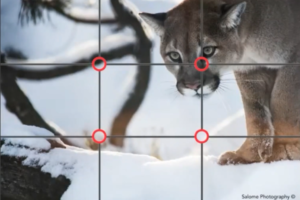 “In the first photo, the polar bears are moving from left to right. The polar bear is moving across and we have our rule of thirds with three equal parts, both vertical and horizontal,” said Gilfillan. “In the second photo, the subject (the wolf) is placed on or near one of these four intersecting points. The horizon line should always be on one of those lines or lower. The ladybug in the third photo is at the top and is moving from the top left corner down towards the bottom right,” he explained. 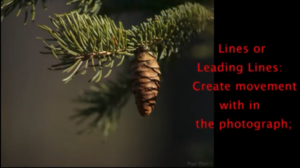 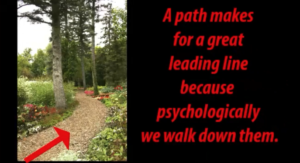 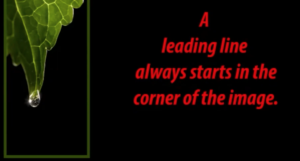 “Leading lines create movement within a photograph. A leading line should bring you to the subject. We don’t want the leading line to take you in and then take you out of the photograph, we want it to be held within the image,” explained Gilfillan.

The first photo is a good use of selective focus — the background is out of focus, the pine needle is in focus, and it’s sharp.

“If you’re capturing landscapes like the English Garden in Assiniboine Park in the second photo, they’ve been designed by folks that have been taught the same principles we’ve been taught — S and C curves, leading lines and how to place colour. The only thing that’s lacking in this image is if we had a little child or a husband and wife at the end of this path. It would be very easy to take this location and place a bride and groom at the end,” said Gilfillan.

“A leading line always starts in the corner of the image. In this third photo, it is coming in from the top and brings us down to the water droplet. The maker of this image has left enough room for the water droplet to drip down, giving the image motion and texture,” he explained. 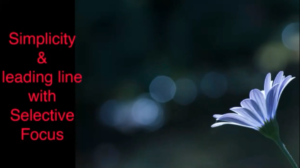 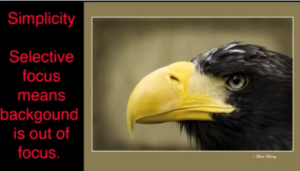 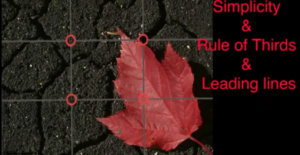 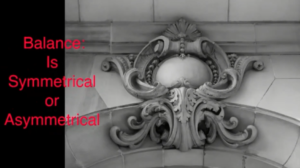 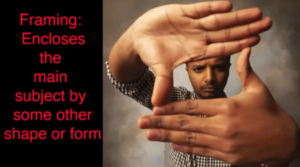 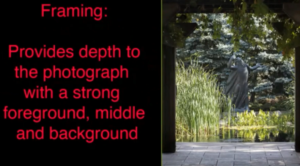 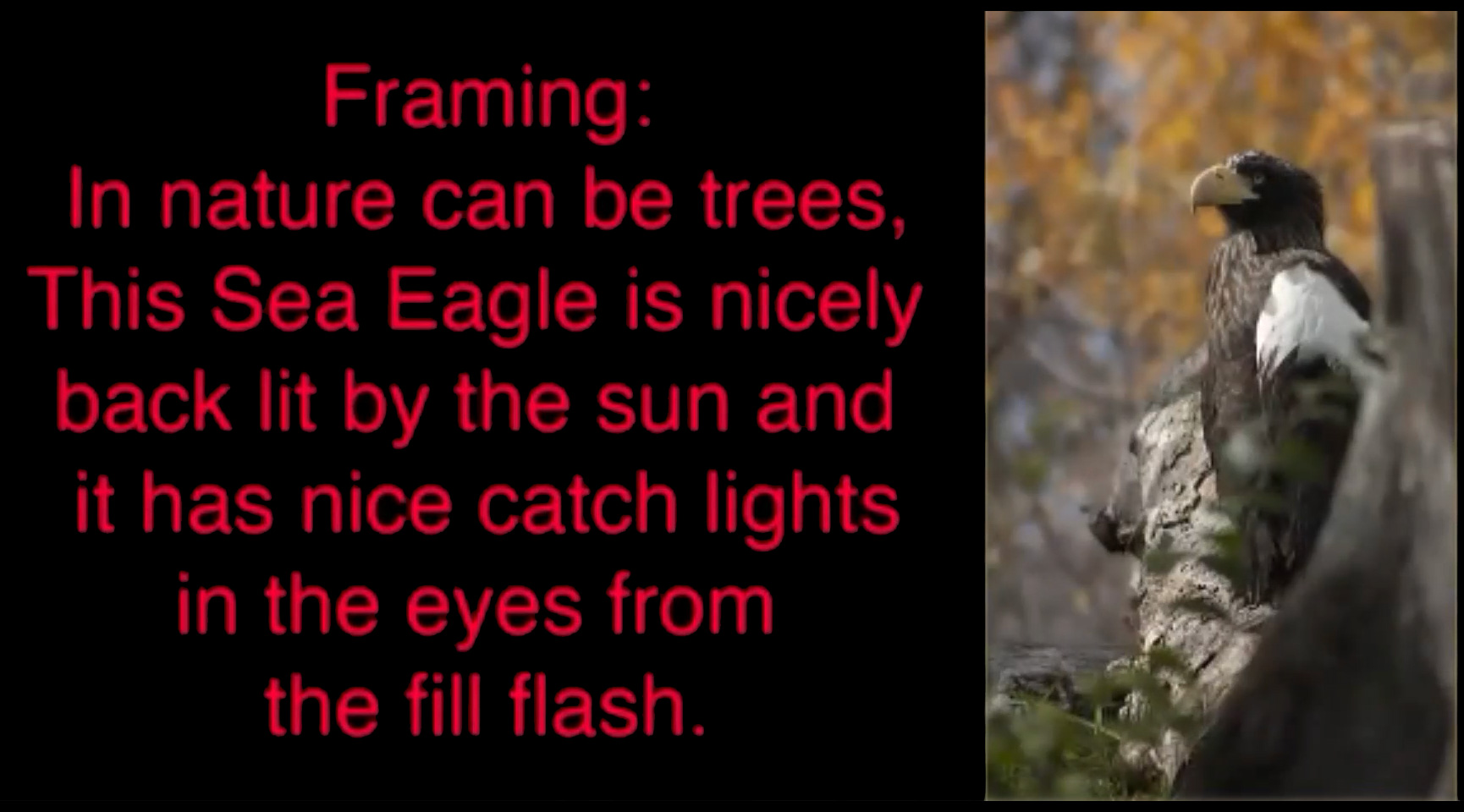 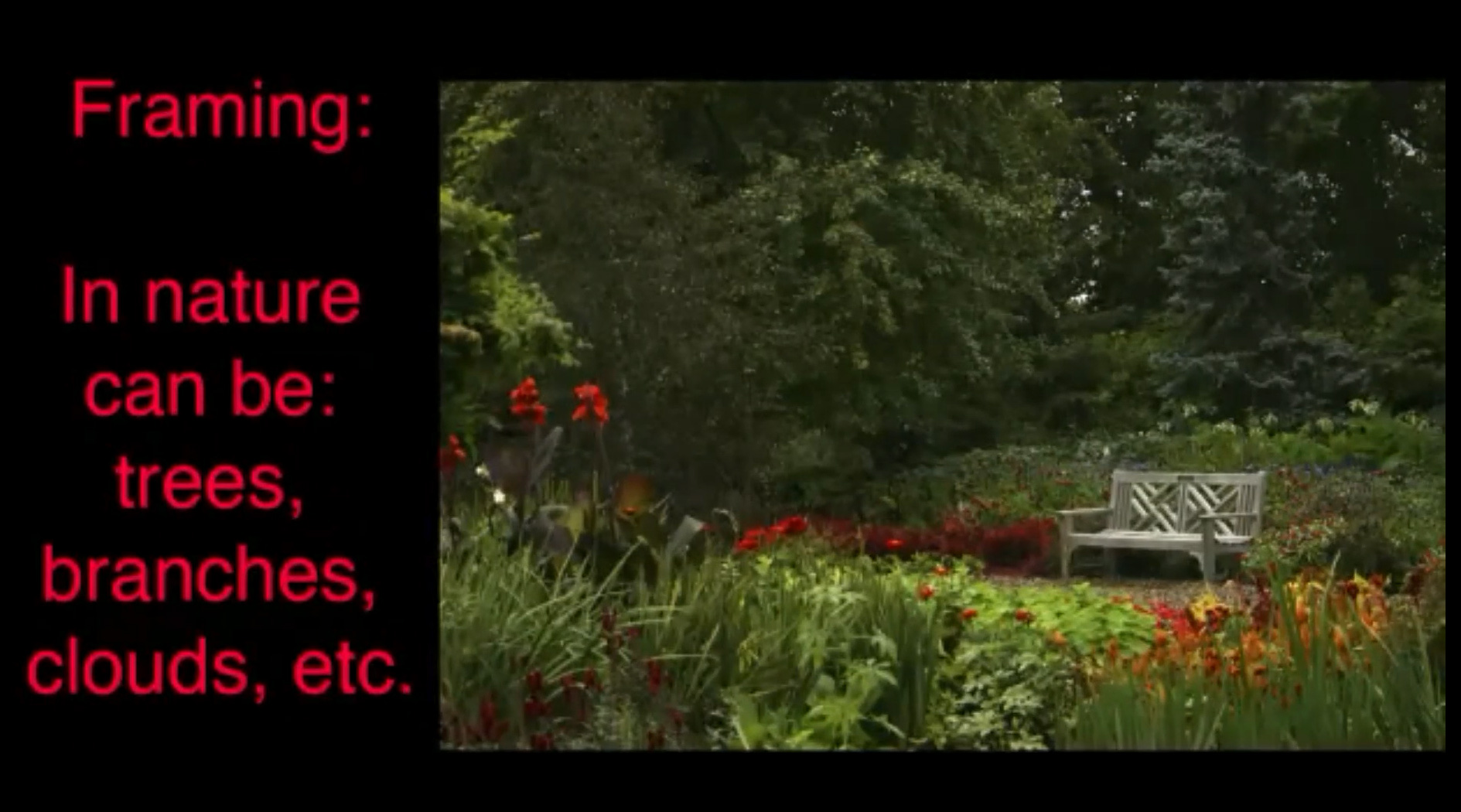 “You always want the frame to be in the forefront. That’s when the frame is going to be the strongest,” explained Gilfillan.

“At the Leo Mol Sculpture Garden in Assiniboine Park, the building is a frame to frame the statue. The background is monochromatic (mostly the same colours), so it doesn’t really make the statue jump out. But we have a foreground, we have a middle ground, and we have a background, so we have lots of depth. There are quite a few benches in the English Garden that landscapers have set up. They’re nicely framed for photographs,” he said.

To Avoid: Mergers and Bull’s-eyes

A merger is an object placed in an unnatural position in the photograph (ex. a tree branch growing out of someoneʼs head, or one giraffe growing out of the other) 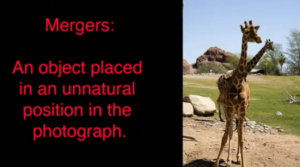 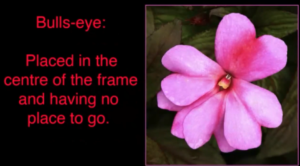 “Bull’s-eye means placing your subject smack dab in the centre,” explained Gilfillan. “When we used film cameras, there used to be a focusing zone dead centre of the frame. A lot of people would use that round circle to place their subject because that’s how the camera focused. With cameras now, you can set up focusing zones and choose what you want to be in focus,” he said.