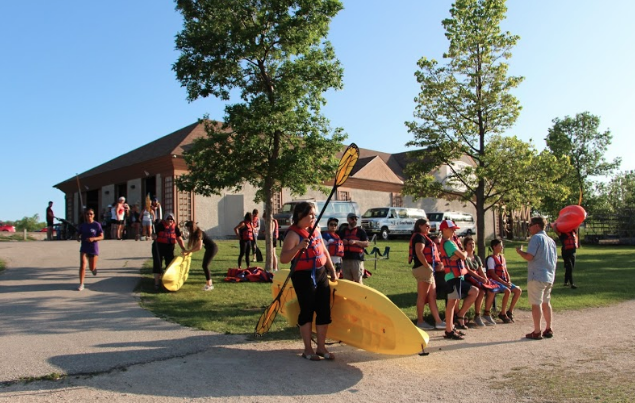 A dunk in the Red River didn’t dampen Paddle Night for a Winnipeg mom who laughed and got right back in a canoe with her son.

Debbie de Guzman was having too much fun teaching her kids the great Canadian tradition of spending an evening on the water with a paddle in hand.

“I liked seeing the outside, the view and the summer and having the kids get off screens and know that Canada is a very vast wilderness and not just metropolitan,” Debbie told CPAWS.

Debbie was among nearly 60 people who joined CPAWS for the first of what will be many events to help Winnipegers connect to nature.

Thanks to the support of the Manitoba Paddling Association, people were able to try kayaks, canoes and even dragon boats for just $5 a head.

Many, like the de Guzman family, were relatively new to paddling and eager for a chance to try it out.

“It was very nice seeing a lot of other people participate as well. It’s one thing to canoe by yourself and take in nature, but I really like knowing i’m canoeing with other people,” Rick de Guzman said.

Rick has only been paddling a few times — the family has taken a couple classes at the Manitoba Paddling Association and at Fort Whyte — but he’s already a huge fan. Especially after spotting a beaver the last time they were out on the water.

“It has the potential to be a very intimate experience which is really powerful,” Rick said.

“Being in a kayak or canoe you’re actually in control of your experience. Because if you’re on a water taxi you’re just going along for the ride.”

Johana Puerto was among the more experienced paddlers who were grateful for a chance to spend a couple hours on the river on a Thursday night.

“I really felt close to nature, which is what I really love to do,” Puerto said. “It’s different than going to shopping malls or things in the city — coming here & relaxing after a day of work is excellent so I really loved it.”

One of the best parts of Paddle Night was that people were able to try different boats – some went out on kayaks, then came in to try a canoe. Many, like Puerto, also got to try out 10-person dragon boats.

“My favourite part was coming back because the wind was helping us. We just stood there, feeling the fresh air and the weather was perfect,” she said.

CPAWS will be hosting another Paddle Night on Thursday September 12, 2019 at the Manitoba Canoe and Kayak Centre at 80 Churchill Drive. 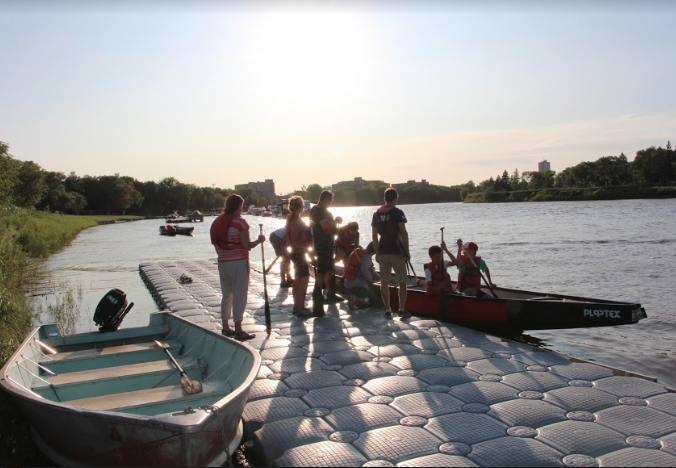