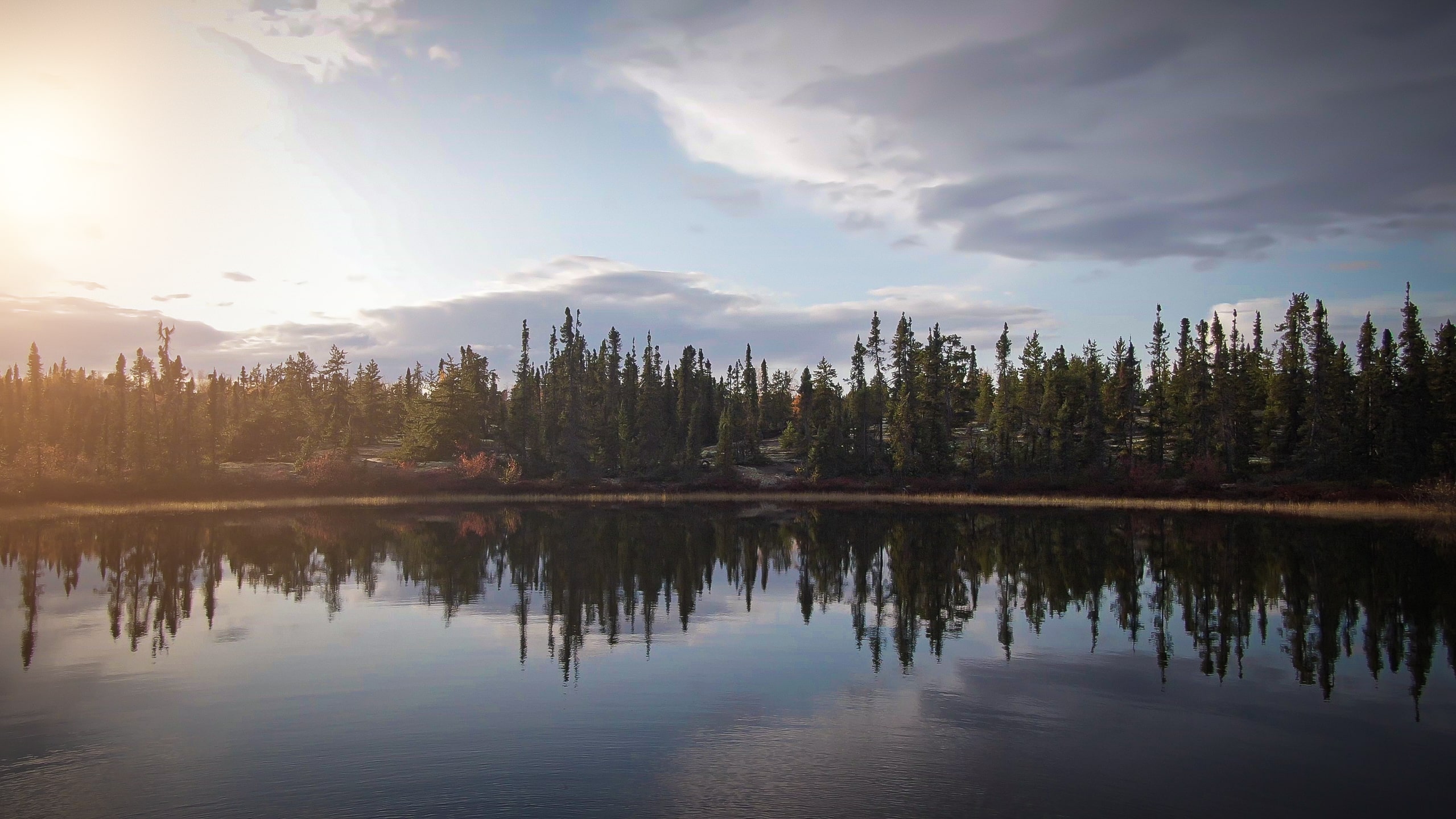 From: Environment and Climate Change Canada

Indigenous Peoples have long been leaders in environmental stewardship and sustainable development. That’s why the Government of Canada is working with Indigenous partners from coast to coast to coast to protect more nature – which is vital to our health, well-being, and our efforts to combat climate change.

Today, the Honourable Jonathan Wilkinson, Minister of Environment and Climate Change, announced that the Government of Canada has invested $3.2 million in the Seal River Watershed Indigenous Protected Area Initiative located in the Taiga Shield of northern Manitoba in the traditional territories of the Cree, Dene and Inuit. This project is working to conserve and protect habitat for wildlife, including species at risk such as the Polar Bear, Short-eared Owl, Olive-sided Flycatcher and Barren Ground caribou. This funding comes from the Canada Nature Fund’s Target 1 Challenge.

The Seal River Watershed (50,000 km2 of traditional lands and Manitoba provincial crown land) is one of the world’s largest remaining ecologically intact watersheds; it is nearly the size of Nova Scotia. The Seal River still flows freely into Hudson Bay, a 260-km path unhindered by dams and industrial developments with water so clean one can drink directly from the river. Large numbers of harbour seals can be found 200 km inland from the mouth of the Seal, giving the river its name.

Five Indigenous communities with three distinct cultures are working together with a common purpose to conserve the Seal River Watershed as an Indigenous Protected Area. The goal of this project is to protect the watershed from industrial development in order to preserve it in its pristine state for future generations to enjoy. It is also a unique opportunity to pass on traditional knowledge, history and culture to youth in the region while bolstering opportunities for cultural and ecotourism.

In order to manage the project, Sayisi Dene First Nation, with the support of their Cree, Dene and Inuit neighbours, created the not-for-profit Seal River Watershed Alliance. The project activities include engaging with the Province of Manitoba in discussions about the future status of the area, and it has already created 17 jobs within the communities, including youth ambassadors who are receiving valuable conservation and cultural training as well as positions in community engagement and project management.

“I would like to congratulate the Sayisi Dene First Nation and their partners on their work towards the establishment of the Seal River Watershed Indigenous Protected and Conserved Area. By working with partners, on projects such as this one, we are making progress in protecting and enhancing biodiversity by conserving a quarter of Canada’s land and a quarter of its oceans by 2025.”
– The Honourable Jonathan Wilkinson, Minister of Environment and Climate Change

“Northern Manitoba is a beautiful part of the country, and this project to protect the pristine watershed is an important step in reaching Canada’s conservation goals. This land is important to the Dene, Cree, and Innu partners, and represents opportunities for their communities to lead in its protection. Congratulations to the Sayisi Dene First Nation, Northlands Denesuline First Nation, O-Pipon-Na-Piwin Cree Nation, Barren Lands First Nation and the Inuit in Nunavut on this important project.”
– Terry Duguid, Member of Parliament for Winnipeg South and Parliamentary Secretary to the Minister of Environment and Climate Change

“We appreciate the Government of Canada’s investment in Indigenous conservation. The Dene, Cree and Inuit peoples have cared for these lands, waters and animals since time immemorial. Every aspect of our cultures, spirituality and identities are rooted in our relationship to the caribou and to the lands which sustain us. We envision a pristine watershed where people, animals and fish are healthy, our unique languages and cultures are thriving, and there is hope and abundance for all future generations.”
– Ernie Bussidor, Executive Director, Seal River Watershed Alliance and former chief of Sayisi Dene First Nation

“Today’s announcement will unleash far-reaching benefits. Indigenous-led conservation initiatives like the Seal River Watershed Indigenous Protected Area are proven to be good for the land and good for people. They protect large landscapes, create economic opportunities, and strengthen communities and Nations. They also help Canada meet goals for conserving biodiversity and restoring the economy. Together, Indigenous and Crown governments can deliver positive results for people and the land that sustains us.”
– Valérie Courtois, Director, Indigenous Leadership Initiative (ILI)

“There are few places left in the world where it’s still possible to preserve an area as pristine and as massive as the Seal River Watershed. What’s remarkable about the Seal River Watershed is that the landscape remains unaltered with no permanent roads or industrial developments and that all of the streams and lakes which flow into the river – and ultimately into Hudson Bay – remain intact and free of pollutants. The abundance of wildlife is astonishing; the estuary is teeming with beluga whales, polar bears summer along the shoreline to wait for the sea ice to form, and massive flocks of birds fill the skies with their songs. Conserving the Seal River Watershed would be a gift to the globe because of the tremendous oxygen that it supplies for people and wildlife on earth, the colossal amount of carbon stored in the watershed, and all the clean, fresh water that it holds.”
– Ron Thiessen, Executive Director, Canadian Parks and Wilderness Society (CPAWS) – Manitoba Chapter