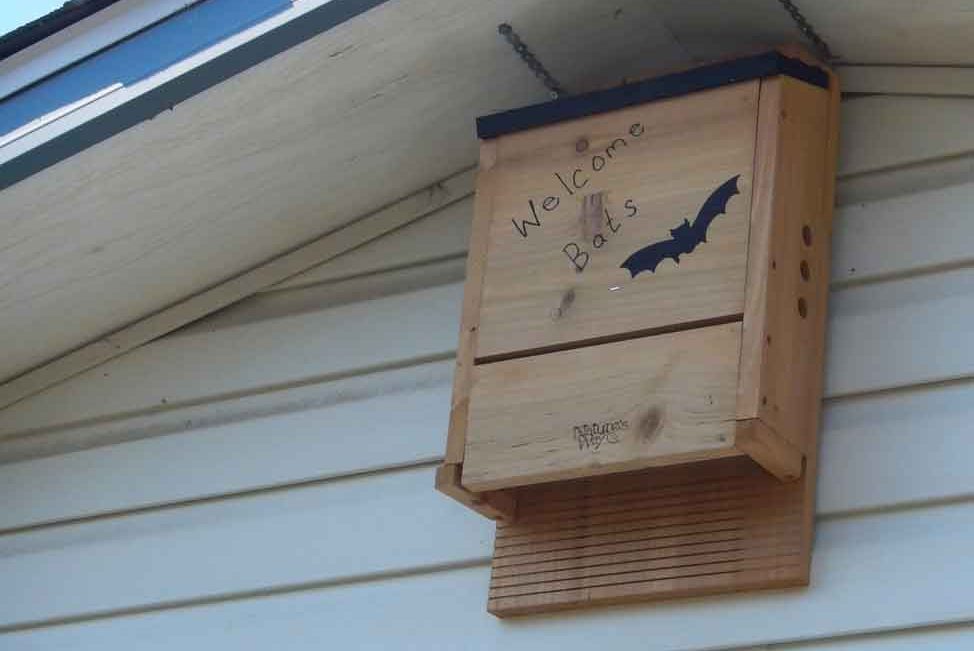 If you have a bat box, scientists want to know about it!

Bat populations are under pressure due to habitat loss and disease. White Nose Syndrome has killed an estimated 6 million bats in North America since its discovery in 2006. In some parts of Canada, bat populations have collapsed by 99 per cent. As cities and agriculture expand, the large old trees that bats call home are being cleared, and bats are losing their roosts.

A bat box is a simple way to provide additional roosting habitat for bats, but little is known about bat box use in Canada. This is especially important as three bat species in Canada are listed as endangered: little brown bats, northern long-eared bats and tricolored bats.

All bats in Canada eat only insects, including agricultural and forestry pests. Their voracious appetite for bugs does more than just keep backyard mosquito populations down — bats also help keep crop yield high by scouring farm fields. One study found the global value of bat pest control services is worth US$1 billion for corn crops alone.

How you can help

Scientists want to determine which bat species use bat boxes across Canada, what box designs are preferred by bats and which temperatures bats prefer for roosting. More information about which box designs bats use in Canada will help bat conservation by providing recommendations for improving bat box design and placement in our northern climate. This in turn may help to increase reproductive success!

To accomplish this, scientists need to know where bat boxes are located in Canada, the physical characteristics of the boxes and whether they are being used by bats. Participants will be sent temperature loggers to install in their box and supplies to collect guano (bat poop), as bat species can be identified from guano.

If you have a bat box and would like to participate in this study, please fill out this online multiple-choice survey with questions about your bat box. Your participation is important even if your box does not have any bats!

This project is in partnership with the Wildlife Conservation Society and the Canadian Wildlife Federation, and the project webpage is here.

You can also register your bat box with batwatch.ca.

How do I tell if bats are using my box?

You can tell whether your box is being used by bats by searching for guano underneath your box and watching your box at sunset in June to count bats as they emerge for an evening of eating insects. Counts should be done four times a summer and only on nights with little wind and no rain. You can watch an example of bats flying out of bat boxes in Prince Edward Island here. You can also shine a light up into the box during the day to see if there are bats inside from May to October in Canada.