Conservation in the age of COVID-19 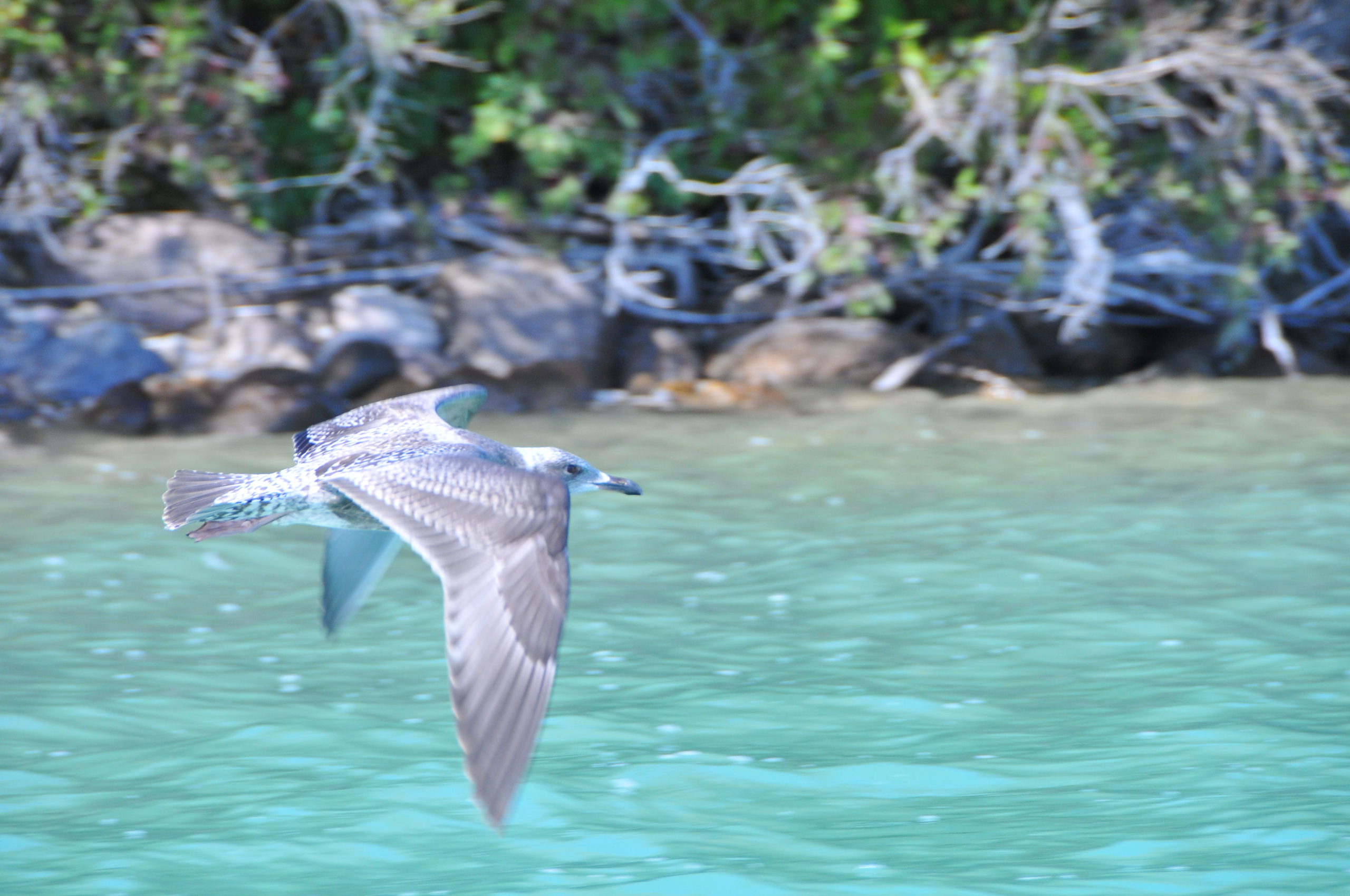 Never has the need for ambitious action to restore a balance with nature been more urgently needed.

2020 started with hope. Many were expecting it to be the “super-year” for nature. International negotiations were underway to develop new global biodiversity targets for the next decade which were to be approved at a major UN Biodiversity conference in China in October. The IUCN World Conservation Congress was scheduled for June in France. Biodiversity was in the spotlight finally getting traction and we were seeing glimmers of hope that countries might soon agree to more ambitious action to tackle the interrelated crises of biodiversity loss and climate change in a more coordinated way.

Rewinding to last spring, the findings of a global assessment report by the Intergovernmental Science-Policy Platform on Biodiversity and Ecosystem Services (IPBES) generated headlines around the world. The international scientific body concluded that biodiversity is declining faster than at any time in human history, that as many as one million species are now at risk of extinction, and that the biggest direct driver of biodiversity loss is the loss and fragmentation of habitat.  Jumping ahead to January of this year, the World Economic Forum (WEF) released their annual global risk assessment and, for the first time ever, identified the top five global risks as environmental, with biodiversity loss and ecosystem collapse front and centre. Political and business leaders finally appeared to be taking the crisis seriously!

In fact, several countries, including France, Costa Rica and Finland stepped forward to champion ambitious conservation targets, including protecting at least 30% of land and sea by 2030.

Here in Canada, after a year-long effort by CPAWS and our partner conservation organizations, the Prime Minister committed to protecting 25% of our country’s land and ocean by 2025, and 30% by 2030 – more than doubling the current area protected over the next five years! In their mandate letters, Ministers also were directed to implement nature-based solutions to climate change to complement fossil fuel emission reductions, and to champion 30% protection by 2030 in international meetings, signalling Canada’s commitment to global leadership on nature conservation. Meanwhile Canada’s new Nature Fund, part of the federal government’s 2018 investment of $1.3 billion in nature conservation, was finally rolling out across the country supporting protected area establishment from coast to coast to coast.

CPAWS’ staff were truly hopeful about the progress being made in Canada, and about the momentum building for the next decade.

In a few short weeks, everything changed.

Scenes from a conference: The Roman Forum was empty. The airport was empty. Two weeks later, most of Canada was going into lockdown as the virus swept through our country too. Photo: Steven Woodley.

I was in Rome at the end of February, part of the Canadian delegation to the UN Convention on Biological Diversity negotiating session for the new global biodiversity framework. We arrived in Italy the day the first cases of COVID- 19 were reported in the north of the country. Ten short days later, as we hurried home, northern Italy’s healthcare system was collapsing, and Rome was quickly becoming a ghost city. The Roman Forum was empty. The airport was empty. Two weeks later, most of Canada was going into lockdown as the virus swept through our country too.

As Canadians tried to cope with the stress of the pandemic and self-isolation, they flocked to parks and green spaces, seeking solace in nature. But social distancing became impossible on the crowded trails and in parking lots, and so many parks were closed. It’s obvious, COVID-19 has reinforced that nature is a core Canadian value, that parks and protected areas are an essential service, and that we urgently need more of these natural spaces.

As the virus continues its rampage and the world collectively struggles to find a path forward into an uncertain future, at least one thing is clear: the biodiversity and climate crises are still as dire, and in urgent need of attention, even as the world faces a massive new threat.

Scientists have been quick to point out that pandemics like COVID-19 which emerge when viruses jump from wildlife to human populations, are linked to how we treat the natural world. Wildlife trade and sales are a big part of the problem, as is our on-going destruction of nature. The more we disrupt and destroy healthy ecosystems, the higher the risk of contact between wildlife and humans, and the higher the risk of virus transmission. There is a common thread emerging here – the need to transform our relationship with nature.

This brings us back to the idea of 2020 as a super-year for nature. With luck, the super-year will now extend into 2021, and we will enter the year with and even greater sense of purpose.  Never has the need for ambitious action to restore a balance with nature been more urgently needed. The vision of the UN Convention on Biodiversity is to live in harmony with nature by 2050. Can it be done? I believe so.

Last fall, a paper published in the journal PARKS, reviewed the evidence for large area-based conservation targets. It concluded that the evidence shows that a minimum of 30% and up to 70% or more of ecosystems need to be protected in order to conserve biodiversity. The paper reaffirms the scientific validity of CPAWS’ goal, set in 2005, to protect at least half of Canada’s public land, freshwater and ocean. And it further highlights the importance of setting and achieving the new milestone target of protecting and restoring at least 30% of Canada and of the planet by 2030. This scale of protection, and likely more in the long run, is essential to stem the loss of species, tackle the climate crisis, and help minimize the risk of future pandemics.

Over the coming months, as the lockdown eases, governments around the world will collectively mobilize trillions of dollars to reignite the global economy and support people getting back to work.  This offers an unprecedented opportunity for the world to work together to invest in a new, more nature and climate-friendly future. Leaders from a number of countries including the European Union, Costa Rica and China have already signalled their intention to embrace this opportunity in their recovery plans.  We must encourage Canada’s governments to align with global leaders to do the same.

The time for ambitious action has come.

We at CPAWS along with our colleagues in the conservation community are working hard to propose ideas for how Canada can stimulate the economy and support jobs through conservation focused investments. From investing in Indigenous guardians programs and land use planning in the north, to restoring caribou habitat fragmented by seismic lines, to investing in natural infrastructure like wetlands and coastlines, and building wildlife crossings along highways, we are gathering and assessing ideas from across Canada to help governments invest in a nature-friendly future.

At the same time, we continue to provide recommendations for how Canadian governments can reach Canada’s commitment to protect 30% of land and ocean by 2030, with a 25% milestone target in 2025. We do this with renewed confidence that we are acting in the interests of Canadians. A poll conducted in early March of this year by our colleagues at the International Boreal Conservation Campaign (IBCC) found that 90% of Canadians support the federal government’s pledge to protect 30% of our land and sea by 2030.

Presently our team is working remotely across Canada, but still very much connected and engaged to make sure that the momentum built over the past few years continues to grow, and that by 2021 the full potential of the “super-year for nature is realized.

An excerpt of this essay by Alison Woodley, CPAWS Senior Strategic Advisor, appears in the 2020 Spring Summer issue of Canadian Wilderness, a magazine available to all CPAWS donors.