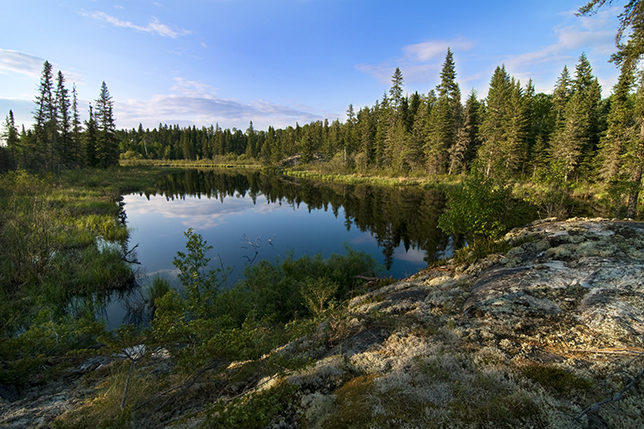 Manitobans are concerned they could lose access to nature under a proposal to run provincial parks like a business and to shed unprofitable “assets.”

Over 100 people joined a CPAWS Manitoba webinar to discuss what’s at risk and how to take action to Defend Manitoba Parks.

“Parks are not for profits,” said Ron Thiessen, Executive Director for CPAWS Manitoba. “They are an accessible part of our health and well-being. Parks are a public service, and they should remain that way.”

The most worrisome aspect of the proposal is that it signals the government may be considering the kind of devastating cuts to park services that are currently being proposed in Alberta, Thiessen said.

“We’re not saying that will be the case, but certainly the signal from the province right now is that it’s possible,” Thiessen said. “We want to make sure that we nip this in the bud, and that’s why it’s important to send your letters, call your MLA and get activated on this issue.”

What’s We Know About Manitoba’s Proposal

Travel Manitoba put out a request for proposals in October 2020 and selected a private firm in December to evaluate provincial parks.

There are many good things in the proposal, Thiessen said. Services in the parks do need to be improved, and there’s a lot of aging infrastructure in need of repairs. Surveying people about their park use will also provide helpful information to guide the process.

But Thiessen says the proposal is highly concerning for three reasons:

“It’s a slippery slope,” Thiessen said. “If campgrounds are privatized, if cabins and yurts were privatized, if interpretive programming was privatized, the next thing you know, a lot of people in Manitoba who currently enjoy those services at an affordable or free rate would be priced out of embracing the provincial parks that we hold so dear in Manitoba.”

The focus on financial sustainability is also out of line with the intent of the Manitoba Provincial Parks Act, which states that there are three purposes for provincial parks:

“We believe the law should be upheld,” Thiessen said. “Our parks should remain accessible for all Manitobans and managed by a public government in the best interest of the public.”

Thiessen encouraged people to send letters to Premier Brian Pallister and members of parliament to express their views on the future of Manitoba’s provincial parks.

Alberta’s Plan to Remove Parks From the System

“What is happening in Manitoba is looking exactly like how our issues in Alberta started,”  warned Chris Smith, Parks Coordinator with CPAWS Northern Alberta.

In February, Alberta’s government announced the proposed removal of 164 provincial parks from the Alberta Parks system and the full or partial closure of 20 sites. Overall, a total of 175 parks could lose protection.

“If the government moves forward with delisting these sites, it essentially would turn back the clock on Alberta conservation in terms of park creation by about four decades,” Smith said.

The Alberta government used cost-savings as a justification for selling parks and cutting services like cross-country ski trail grooming and park visitor centres. It faced an immediate and huge backlash from the public, which was flocking to parks in order to mitigate the stress of the COVID-19 pandemic, Smith said.

More than 22,000 letters have been sent by CPAWS supporters protesting the cuts, and 17,000 lawn signs were distributed across Alberta to Defend Alberta Parks.

Alberta is still at risk of losing more than one third of its parks, but the deal is not finalized, and Smith said the letters and lawn signs have forced the government to alter its approach.

“We wish we didn’t have to do any of this,” Chris said. “We wish the government had never announced this plan, but now that it has, we will continue to push back on it and to speak up for Albertans on this issue. Hopefully we won’t see these parks disappear anytime soon.”

What Manitobans Can Do To Protect Provincial Parks

The initial backlash to Manitoba’s controversial proposal — which included 726 letters from CPAWS supporters — has prompted a response from the government, Thiessen noted.

Conservation and Climate Minister Sarah Guillemard stated in December that “our parks are not for sale.”

Thiessen said Manitobans need to keep up the pressure to hold the government to account on this.

“It’s shocking to see what’s happening in Alberta and very frightening to think that that could happen here in Manitoba as well,” Thiessen said. “So that’s why it’s so important that we nip this in the bud and follow Alberta’s example by making sure that the public is galvanized, and we let our public officials know that we care.”

You can see the answers to frequently asked questions from the webinar in this post.

Parks Over Profits was the first installment of a monthly Connecting for Conservation speaker series. Registration is open now for the next webinar, Paddling Past Polar Bears – Exploring Manitoba’s Seal River Watershed, which takes place January 15 at noon.

More information about the situation in Alberta can be found at defendabparks.ca and in this blog post: 13 Truths and a Lie About the Announced Changes to Alberta Parks.