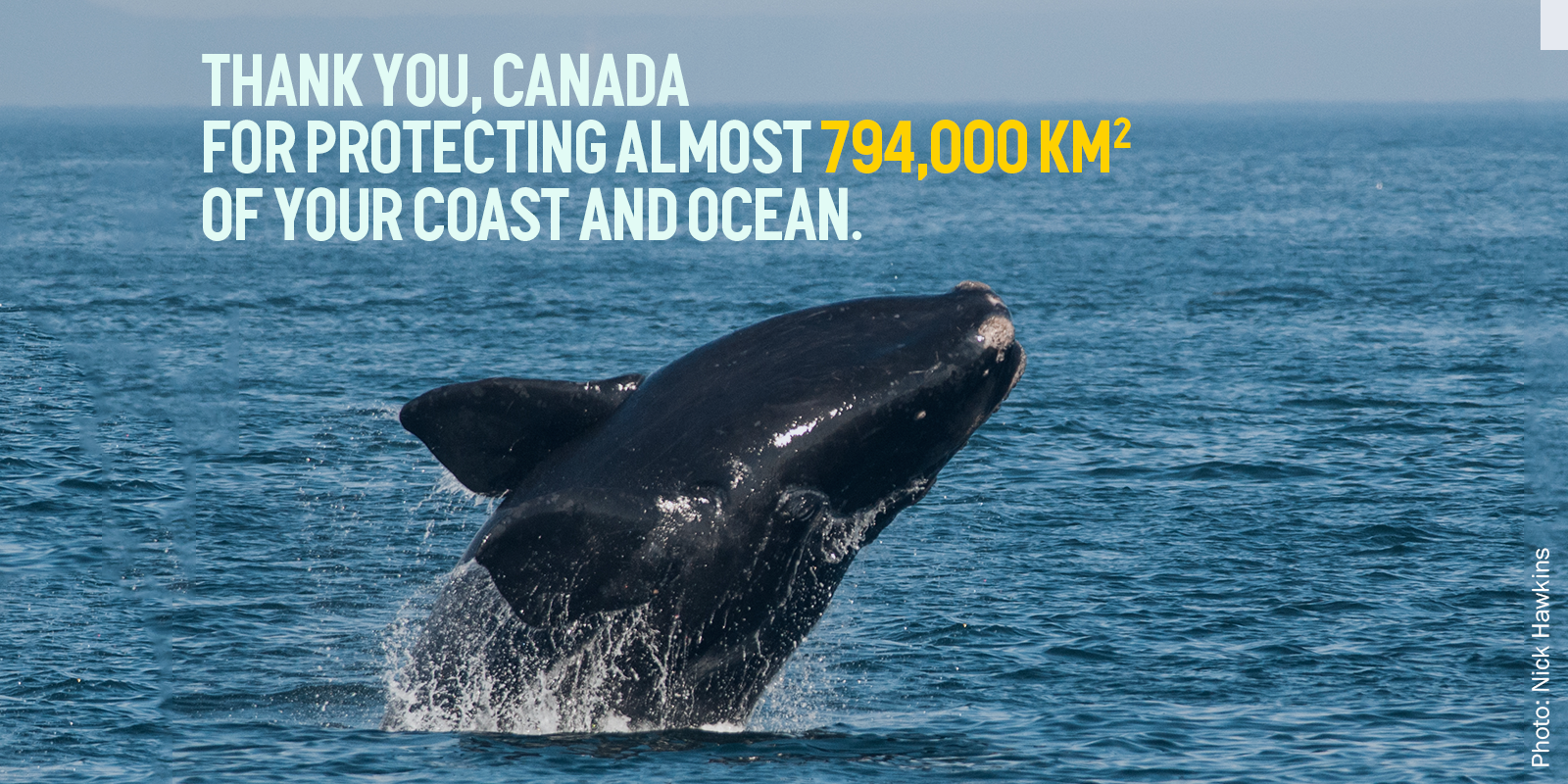 OTTAWA, August 1, 2019 – The federal government announced Thursday that Canada has successfully met – and significantly surpassed – its commitment to protect 10% of its ocean territory. This achievement comes with the announcement of interim protection for Canada’s newest and largest Marine Protected Area (MPA), Tuvaijuittuq, which covers 5.55% of Canada’s ocean territory.

“Today’s announcement is monumental because the interim designation of Tuvaijuittuq brings Canada’s total protected ocean territory to 13.82%. As a signatory to the UN Convention on Biological Diversity in 2010, Canada committed to protect 10% of its ocean territory by 2020 – a commitment that was exceeded!” said Alison Ronson, Interim National Executive Director of the Canadian Parks and Wilderness Society (CPAWS).

CPAWS congratulates the federal government, and all its partners, in successfully meeting its commitment to protect 10% of Canada’s ocean territory.

“This is a major step forward in protecting Canada’s unique biodiversity, a goal that scientists say will require protecting at least 30% of wild ocean spaces by 2030 and one that recent polling shows that 90% of Canadians support,” added Ronson. “A target of 30% ocean protection by 2030 is not only achievable but already nearly half completed.”

The Tuvaijuittuq MPA is located in the High Arctic Basin of Nunavut. This area is ecologically significant, as it provides important sea ice habitat for belugas, narwhals, walruses, seals and polar bears. With Canada’s Arctic warming at approximately three times the global average rate, Tuvaijuittuq is expected to hold the last of Canada’s multi-year sea ice.

After initial consultations were led by the Qikiqtani Inuit Association and the Governments of Nunavut and Canada to determine proposed boundaries, the Tuvaijuittuq MPA was designated by the Minister of Fisheries, Oceans and the Canadian Coast Guard through a Ministerial Order. The Ministerial Order effectively freezes the footprint of human activities in the area for up to five years. This is the first time the Minister has issued a Ministerial Order to create an MPA since amendments to the Oceans Act were passed in May 2019, creating a new tool of interim protection while consultation continues for a proposed MPA.

Consultations with Inuit partners, northern governments and stakeholders regarding permanent designation of the MPA have been ongoing and will continue over the next five years.

Since 2015, Canada has increased its ocean protection from just over 1% to 13.82% and implemented new standards of protection in MPAs, which prohibit oil, gas and mining activities, dumping and bottom trawling.

While surpassing the 10% target is a great achievement, it is important to note that Canada also made an international commitment to go beyond the numbers on marine conservation. CPAWS encourages the government to fully embrace its commitment to quality with a strong and steadfast focus on building a conservation network that sufficiently captures all ocean habitats, which is essential to maintaining healthy populations of all native marine species.

For more information on Canada’s progress and a roadmap to 30% ocean protection by 2030, please visit https://cpaws.org/our-work/ocean/.

As Canada’s voice for wilderness, CPAWS has been a strong advocate for improved ocean protection for the past 25 years, working in partnership with all levels of government, community groups, Indigenous peoples and scientists.