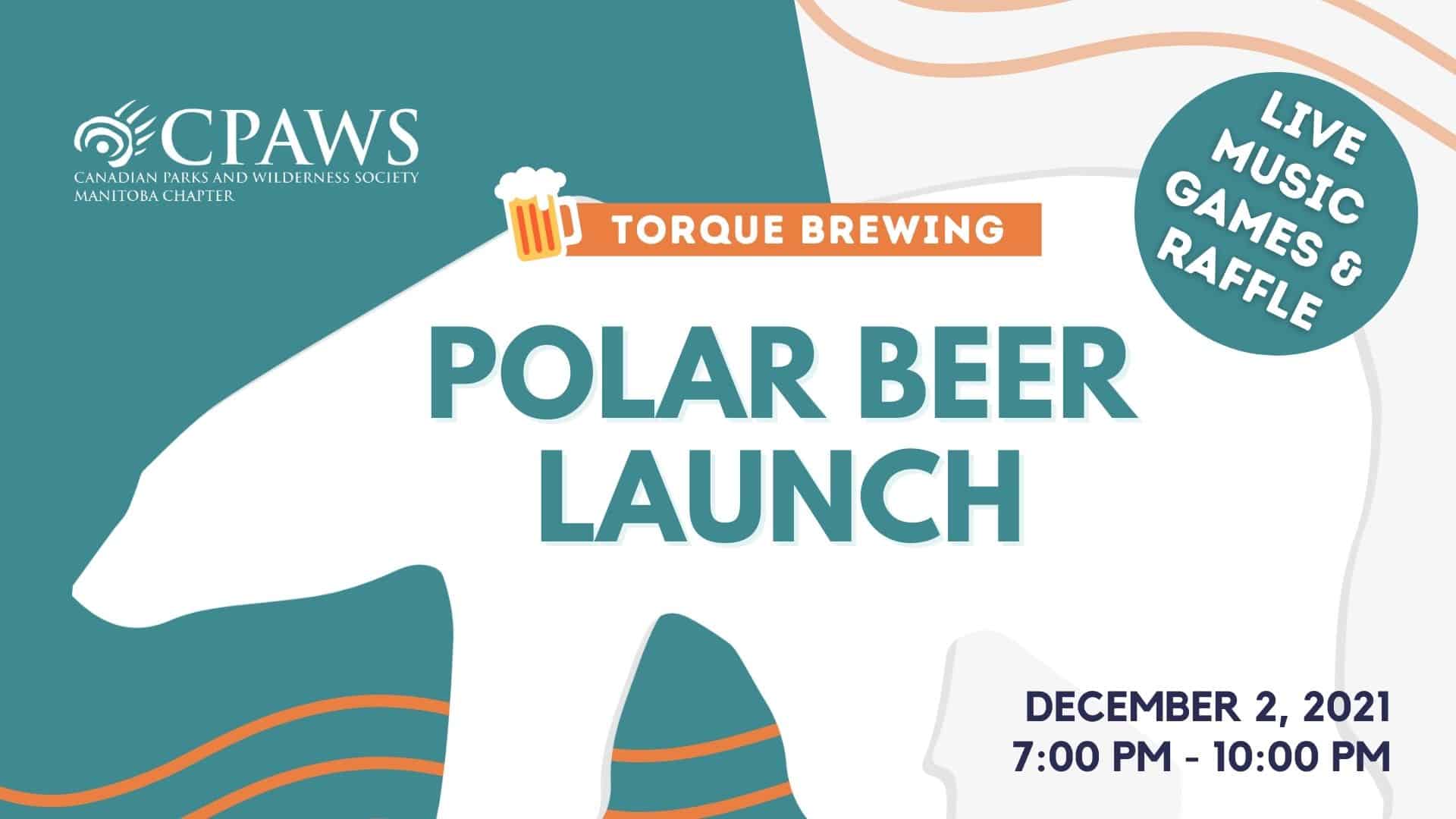 Help us celebrate the launch of CPAWS Manitoba Polar Beer with a fundraiser at Torque Brewing! CPAWS Manitoba teamed up with Torque to brew a limited, seasonal ale made with Manitoba ingredients. Polar Beer is a classic American Pale Ale brewed with foraged Manitoba spruce tip. Cascade and Simcoe hops lend notes of floral and citrus, while a lingering spruce character rounds out the flavour. It’s a light, approachable beer brewed for both nature lovers and beer buffs! What better way to launch our Polar Beer than with a party at Torque Brewing? Join us for a fun-filled evening with games, prizes, and live music, and get a chance to hang out with the CPAWS staff, supporters, and fellow conservationists. Limited tickets are available, so grab yours now! What’s included in your $25 ticket:

You’ll have a chance to win raffle prizes, enter a 50/50 draw, and shop some of our most popular CPAWS Manitoba merch, including our Keep Manitoba Wild tees, stickers, and hoodies! Packs of Polar Beer will also be available for off-sale purchase. We’ll highlight some of CPAWS Manitoba’s conservation initiatives and campaigns, including our work to protect Western Hudson Bay, which inspired the name and label design for our Polar Beer. Western Hudson Bay is home to around 800 polar bears: one of the largest concentrations found anywhere in the world. Maintaining the health of the marine environment is critical to supporting polar bears already stressed by climate change. Establishing a National Marine Conservation Area in Western Hudson Bay would minimize environmental impacts of shipping and other commercial activities.