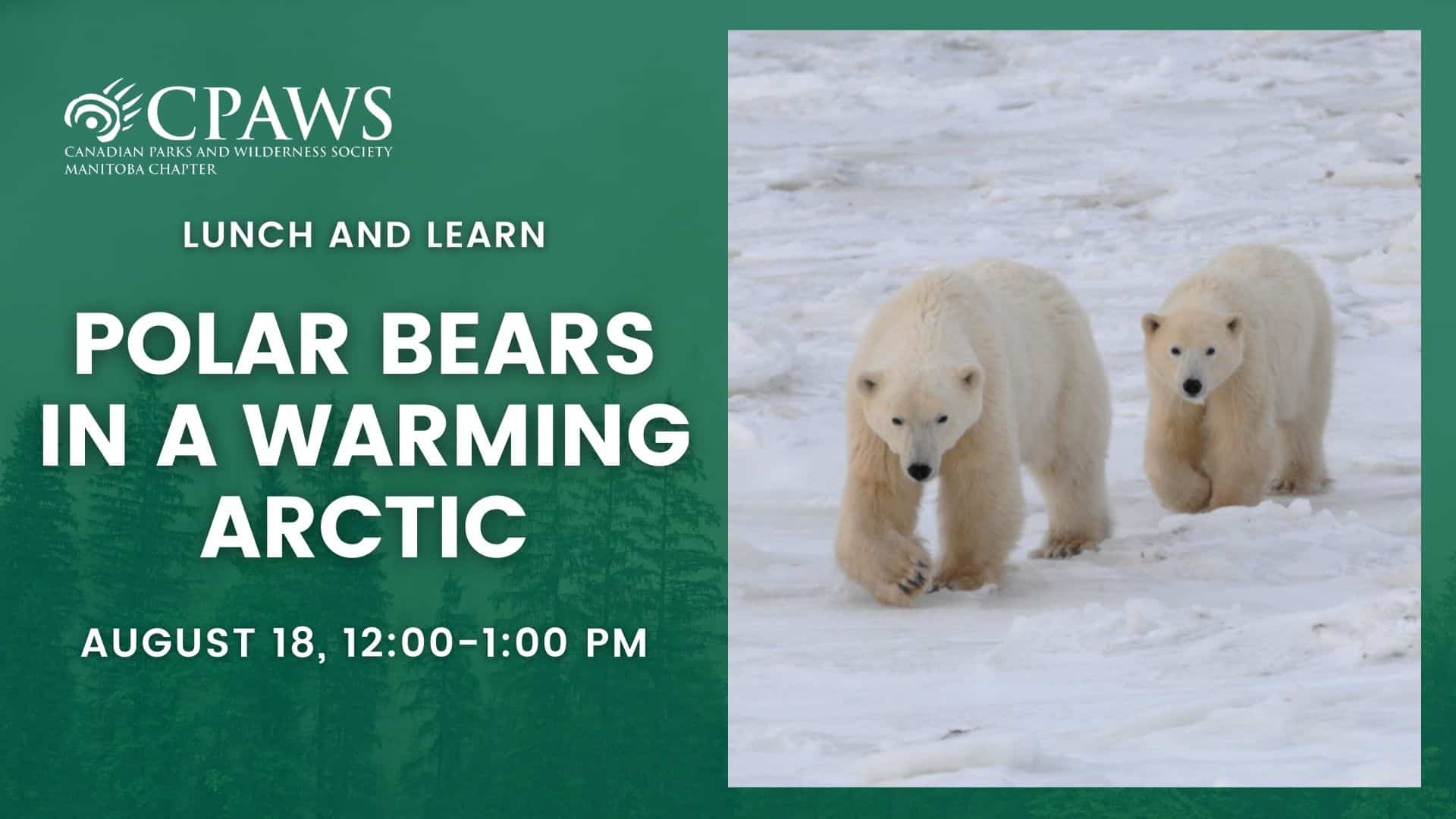 Western Hudson Bay is home to nearly 1000 polar bears. They rely on the formation of sea ice to be able to travel, hunt and mate.

Each winter, they gather along the coast and wait for the ice, a phenomenon that draws people from all around the world.

But Hudson Bay is losing ice rapidly. The average ice-free period is 28 days longer now than it was in the 1980s.

Earlier melting and longer waits for ice to form mean less time for the bears to hunt fatty seals and gain critical weight to reproduce, raise healthy young and survive the lean summer months on land.

Dr. Andrew Derocher, professor of biology at the University of Alberta and long-time scientific advisor to Polar Bears International, presented at our polar bear webinar.

He highlighted more than 30 years of arctic research, including what changing climate conditions mean for Manitoba’s polar bear population.

The polar bears of Western Hudson Bay are by far the most studied anywhere in the world and offer a model for understanding the effects of climate change applicable across the Arctic and elsewhere.

This webinar is a part of CPAWS Manitoba’s Western Hudson Bay Marine Conservation Area campaign. Visit our website to learn more about the campaign and sign a letter telling the Prime Minister to get moving on protecting Canada’s great inland sea.

Over the course of studying polar bears since 1984, Dr. Derocher’s research has focused on the limiting and regulating factors of polar bear populations including habitat use, harvest effects, and predator-prey relationships. His current work includes an assessment of the effects of climate change and toxic chemicals on polar bears.

He is the author of Polar Bears: A Complete Guide to their Biology and Behavior.