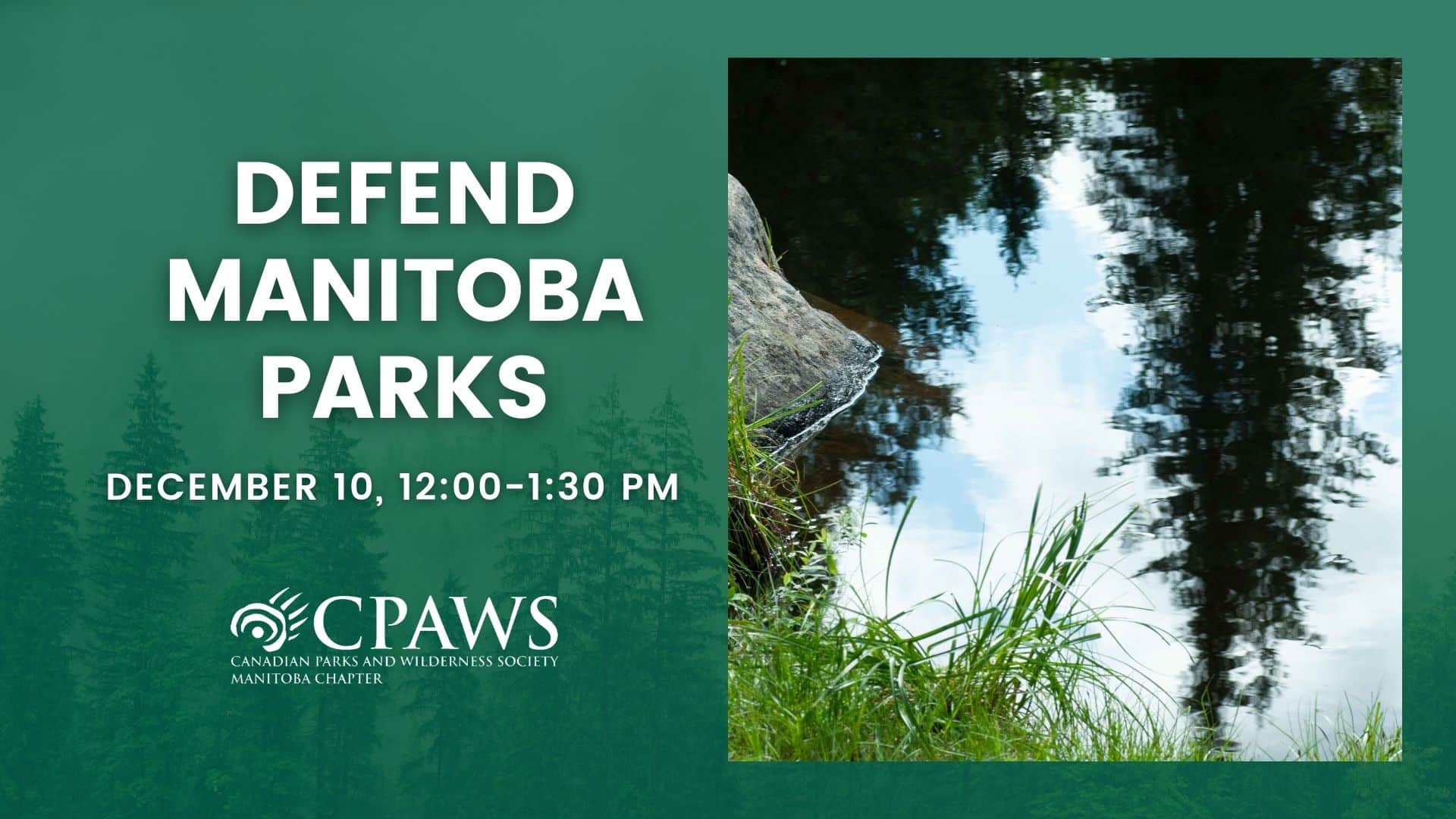 Manitoba has a new premier. How will this impact the government’s plans to privatize park services, increase user fees, and potentially decommission existing parks?

We will also learn how Albertans managed to save ​​175 parks from being removed from the Alberta Parks system.

This webinar will serve as our Annual General Meeting so we are offering door prizes to people who attend! There will be a brief update on our activities followed by the election of our board of directors.

CPAWS Manitoba Executive Director Ron Thiessen will speak about the implications of the controversial government proposals and what you can do to remind the province that parks are for people — not for profit.

The event will also feature Chris Smith, Parks Coordinator with CPAWS Northern Alberta, who will explain how the Kenney government was forced to reverse plans to shed 175 parks after more than 21,000 people took action to Defend Alberta Parks.

Together, we can take action to protect our parks, ensuring we #KeepManitobaWild.

Manitobans could lose access to nature under a proposal to run provincial parks like a business and to shed unprofitable “assets.”

Campsite fees are three times higher at St. Ambroise Provincial Park after a private company was awarded a 21-year contract to manage what used to be a public service.

A private company was awarded a contract to build cabins in Turtle Mountain Provincial Park, in violation of the park’s management plan.

The provincial government is also looking to potentially decommission provincial parks while also seeking greater “financial sustainability” for the parks that remain.

And it is considering expanding user fees as part of a new trails strategy.

We need your help to remind the government that parks are for people – not for profit.

An uproar from citizens of Alberta succeeded in forcing the government to reverse plans to shed 175 parks.

Together, we can ensure Manitoba’s government increases its investments in our park services and safeguards our wilderness.