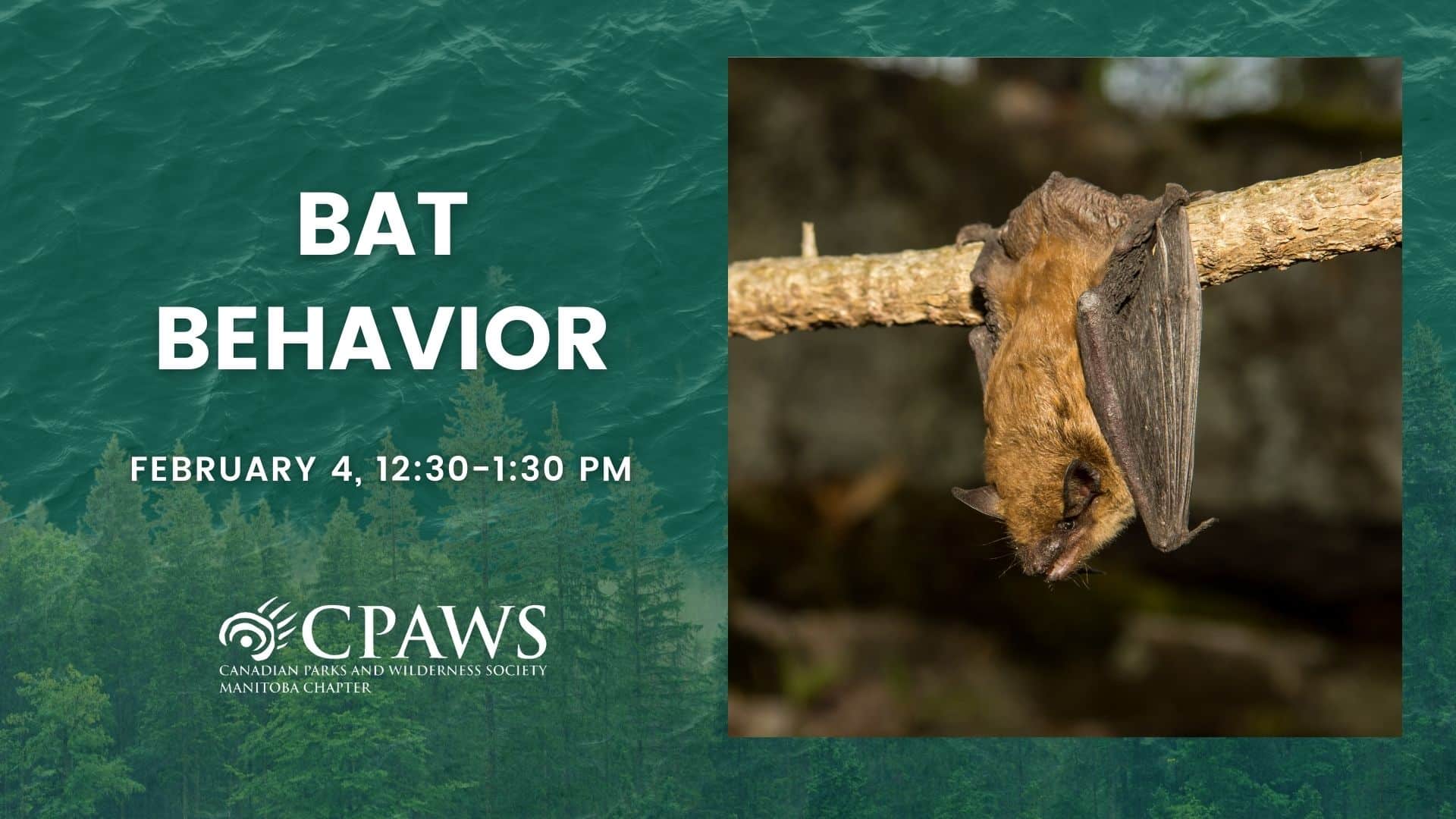 In 2006, a microscopic fungus arrived in North America causing white-nose syndrome, a devastating fungal disease in bats, and one of the most drastic declines ever observed in an animal group.

Since then, white-nose syndrome has killed tens of millions of bats. Mortality rates reached 100 per cent in some caves. And three species are now listed as endangered in Canada, including the little brown bat, previously the most abundant and widespread bat species in North America.

Join us for a CPAWS Manitoba webinar with Dr. Craig Willis, Professor of Biology at the University of Winnipeg, whose bat lab has been studying white-nose syndrome for more than 15 years. He will discuss the dangers of white-nose syndrome to Manitoba’s bats, the research being done to identify, protect, and improve critical bat habitats, and how you can get involved in monitoring bat populations in Manitoba.

Dr. Craig Willis is a Professor of Biology at the University of Winnipeg who has been studying the behaviour, ecology, and physiology of bats for over 20 years. His research on bats and white-nose syndrome has been covered by a range of national and international media including CBC’s ‘The Current’ and ‘Quirks and Quarks’, CTV National News, the Guardian (UK), and the Los Angeles Times.

How Can We Help?

If you have any questions or require any additional accommodations to participate, please email us at [email protected].